Zimbabwe’s President ‘Confined to Home’ after 37-Year Rule
The president of Zimbabwe is reported to be "confined to his home" after the country's military seized power.
South African President Jacob Zuma said in a statement that he spoke to President Robert Mugabe early Wednesday. Mugabe has led Zimbabwe for 37 years.
Zuma's statement said that the longtime president told him he was confined to his home, but fine. The South African leader added that his country "is also in contact with the Zimbabwean Defense Force."
The military action follows Mugabe's dismissal of his vice president, Emmerson Mnangagwa. The dismissal appeared to position his wife, Grace Mugabe, as Zimbabwe's next leader.
Robert Mugabe has been in power for 37 years, since the country gained independence in 1980. At the age of 93, he is the world's oldest head of state. His wife is 51.
Grace Mugabe is unpopular among some Zimbabweans. And Mnangagwa has support from Zimbabwe 's military.
The head of the military warned that he would "step in" unless Mugabe stopped removing Mnangagwa supporters from his ZANU-PF party. On Tuesday, armed soldiers and tanks took up positions around the capital, Harare.
Not a takeover, army claims
Major General Sibusiso Moyo is a spokesman for the military. In a speech on state television Wednesday, he said the military is targeting "criminals" around Mugabe and, in his words, "this is not a military takeover."
The general confirmed that the military is holding Mugabe and his wife. He added, "Their security is guaranteed."
Moyo also said that "as soon as we have accomplished our mission, we expect that the situation will return to normalcy."
South African President Zuma said he was sending his ministers of defense and state security to meet with Mugabe and the military. Zuma said he hopes Zimbabwe's army will respect the constitution and that the situation "is going to be controlled."
I'm Jonathan Evans.

They seized power with the aid of the armed forces.
他们靠武装夺取了政权==W|vVbYE7+WQLbl6_(t。

I solemnly vowed that someday I would return to live in Europe.
我郑重发誓，总有一天我将回到欧洲生活kkJ4;[-fJ@。

Have the children been in contact with the disease?
孩子们同这种疾病有过接触吗？

The United States had been deadly serious in its threat of military action.
美国威胁说要采取军事行动绝对是认真的lG[.@qM-WJ5lZ&。

5.Moyo also said that "as soon as we have accomplished our mission, we expect that the situation will return to normalcy."

As soon as we found this out, we closed the ward.
我们一发现此事就关闭了病房xlI[!IZu[IVa!T#a61;。
As soon as I had made the final decision, I felt a lot more relaxed.
我一作出最后的决定就感到轻松多了gm,8I6NWX!。

6.The head of the military warned that he would "step in" unless Mugabe stopped removing Mnangagwa supporters from his ZANU-PF party.

If no agreement was reached, the army would step in.
如果无法达成协议，军队将会介入iYsluHZact5|4Q]。
There are circumstances in which the State must step in to protect children.
有些情况下，国家必须出面保护儿童SSJwf]0aFd17EGR(。 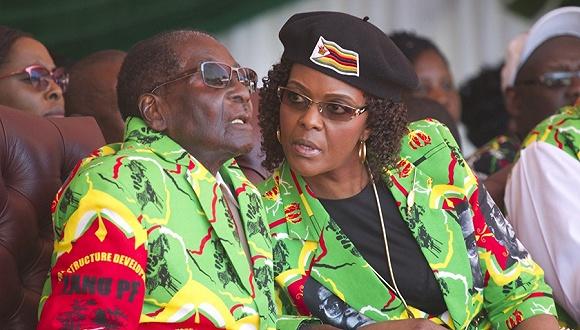