India’s Currency Ban Under Fire One Year Later
It's been a year since India's government banned the use of high-value paper money. That decision is being heavily criticized by some individuals and groups.
Prime Minister Narendra Modi – who ordered the action in November 2016 – has repeatedly defended his decision. The move removed India's 500 and 1,000 rupee notes from use.
Modi has said the ban was necessary to fight corruption and target "black money." Black money is a term used to describe undeclared wealth that is not taxed. He said the move was also intended to get rid of fake currency and reduce terror financing.
The ban affected about 86 percent of the country's currency. It led to huge cash shortages for nearly two months. Millions of people stood in long bank lines to get cash for their daily needs.
About 75 percent of India's workforce depends on the country's cash economy for employment.
Some critics say the ban greatly harmed India's economy at a time when it was experiencing healthy growth. Former Prime Minister Manmohan Singh has called the move "reckless."
Singh recently spoke out against the ban again, saying that "nowhere in the world has any democracy undertaken such a coercive move." He said the measure was hurting small and medium businesses across the country.
The Centre for Monitoring Indian Economy is a Mumbai-based think tank. It estimated that about 1.5 million jobs were lost in the first four months of 2017 following the currency ban.
But government officials recently declared the year-old policy a success and celebrated the anniversary as "anti-black money day."
Finance Minister Arun Jaitley said on Facebook the country's dependence on cash had fallen by nearly 3.89 trillion rupees. He also said the cash to Gross Domestic Product, or GDP, rate dropped from 12 to 9 percent over the past year.
The finance ministry said the policy led to about 5.6 million new taxpayers being added. And the Reserve Bank of India said new data showed that digital money transactions tripled.
But the opposition Congress party held demonstrations in major cities to protest what they believe is a failed policy. "It has ruined the lives of millions of hard-working Indians," the party's Vice President Rahul Gandhi said on Twitter.
The policy also affects people in neighboring Nepal. There, thousands of migrant workers held old currency notes that could not be exchanged before the date to do so passed.
Nepalese officials are currently seeking help from India to provide a way to exchange the nearly 55 million in Indian currency notes held by its citizens.
I'm Bryan Lynn.

Are you familiar with foreign paper money?
你对外国纸币熟悉吗？

Frustration, anger and desperation have led to a series of wildcat strikes.
挫败感、愤怒和绝望引起了一系列自发性的罢工0(hQYeJiOf^@;UZn]。

Some reckon firms are over-invoicing for exports to ship black money back into the country.
有些人猜想一些公司在虚报出口好把黑钱运回来x_jup@(vCc,61Avt@J。

John finally stood up and spoke out.
约翰终于站起来说了实话P@.tXx)%]SSp。

5.He said the move was also intended to get rid of fake currency and reduce terror financing.

I began to have a sinking feeling that I was not going to get rid of her.
我开始有一种永远也摆脱不了她的沮丧情绪sQB=c#Rv*rf。
You seem in rather a hurry to get rid of me.
看起来你急于想摆脱我wCJsoLOJ(yD]~。

6.Some critics say the ban greatly harmed India's economy at a time when it was experiencing healthy growth.

Can I borrow two books at a time?
我可以一次借两本书吗？
He was able to spend only a few days at a time on the island
他每次去岛上都只能呆几天~MU=lme~ALV._)67。 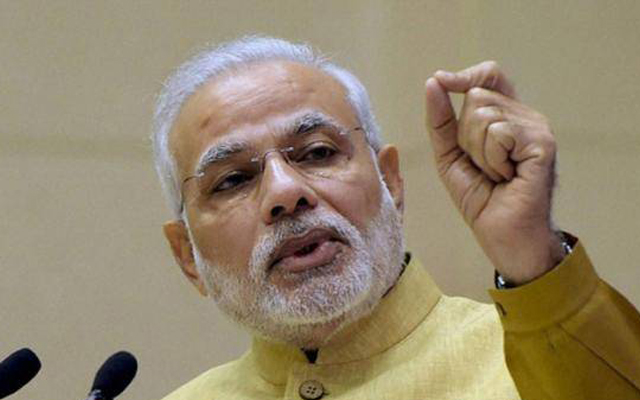