US Teenagers Seeking Election as State Governor
At least four teenagers have launched campaigns for governor in two American states.
The young people have declared their candidacy in states that do not have age requirements to serve as governor.
Ethan Randleas is a 17-year-old from Wichita, Kansas. He was the most recent teenager to announce his candidacy. He wants to represent the Republican Party in the state's 2018 gubernatorial elections.
Two other Kansas teenagers have also launched campaigns. They are 17-year-old Republican Tyler Ruzich, of Prairie Village, and 16-year-old Jack Bergeson of Wichita. Bergeson wants to be the Democratic Party's nominee.
It is ironic that some of the candidates will not be able to vote for themselves because they must be 18 years old to vote.
The current Kansas governor is Sam Brownback, who has served two four-year terms. State law prevents governors from serving more than two back-to-back terms. Other, non-teenage candidates are also hoping to be elected governor.
Kansas officials say the state has no legal requirements for the office. "There's nothing in the law – there's no age, no citizenship, no residency, no nothing," the state's director of elections, Bryan Caskey told the The Hutchinson News.
Candidates only have to pay a small amount of money to get their name on the ballot. Ethan Randleas has started a Go Fund Me campaign to raise money. He says he will need to raise $2,300 by June 2018 to be put on the Republican primary ballot.
Randleas calls himself a "conservatarian," which he described as someone who supports a combination of conservative and libertarian values.
"We just had a president win on the campaign promise of draining the swamp," he told the Kansas City Star newspaper. "And if you really want to drain the swamp, you get the complete outsiders, and that's what I am."
Randleas also said he generally believes that the government should stay out of anything that does not involve the protection of life, liberty or property.
Jack Bergeson says he has been interested in the political process for as long as he can remember. But he decided to enter politics himself after watching Vermont Senator Bernie Sanders, who sought the Democratic presidential nomination last year. The teenager describes himself as "a Bernie Sanders-style left-wing Democrat/Progressive."
Like Sanders, Bergeson has campaigned for a higher minimum wage. He also supports reduced taxes for poor families, pay increases for teachers and the legalization of marijuana.
The third teen candidate in Kansas, Tyler Ruzich, says he decided to run after Bergeson announced his candidacy.
"I thought that was just so cool that someone my age was doing that," Ruzich told the Kansas City Star. "He really started to tell me, well, why aren't you throwing your hat in the race?"
Since the parties have yet to nominate candidates, it is possible Kansas voters could be choosing between two teenagers next year.
On the East Coast, 13-year-old Ethan Sonneborn has launched a campaign for governor in Vermont. He sent out his own press release announcing the move. Sonneborn has repeatedly answered questions with interested media.
"I'd rather lose a fight with a lot of visibility than lose a fight quietly," he told the Burlington Free Press.
On his Facebook page, Sonneborn talks about what he considers the main issues in his campaign. These include support for rebuilding infrastructure across Vermont and lowering taxes on the middle class. He also said he is "proud to be the most pro-choice, pro-gender equality candidate."
Sonneborn told the Free Press that local Democratic Party officials have been slow to take him seriously. He also admitted it will be difficult trying to travel around the state while still attending school.
But in the end, he said, he believes many of the state's voters will see his age as a good thing, and give him their votes.
I'm Bryan Lynn.

He's been away for at least a week.
他走了总有一个星期吧74RO4uEr+5X。

He volunteered to serve as the manager of our department store.
他自荐当我们商场的经理ohbVIo6zM1BKOt7ZKe。

Legal requirements that may be different in various countries or regions.
法律要求可能因国家或地区而异gp+9Z5oXE3QI%3aR*Tm!。

Every year we have charity days to raise money for unfortunate people.
每年我们都有慈善日来筹款帮助贫困人群kO+jP#K8Gl。

5.Sonneborn told the Free Press that local Democratic Party officials have been slow to take him seriously.

I believe you will take seriously my advice into account.
我想您会当真考虑我的建议的toWkyNvu&oDtI。
This problem behoove causes the height of leaders of all levels to take seriously.
这个问题理应引起各级领导的高度重视TzTo93^r~l!AX;GX。

6.He sent out his own press release announcing the move. Sonneborn has repeatedly answered questions with interested media.

They sent out questionnaires to 100 schools countrywide.
他们向全国100所学校发放了问卷QHxH36HlZSbKCuc1m50[。
Hundreds of invitations are being sent out this week.
本周将寄出数百份请柬los3&nS28onnBWFnA)。 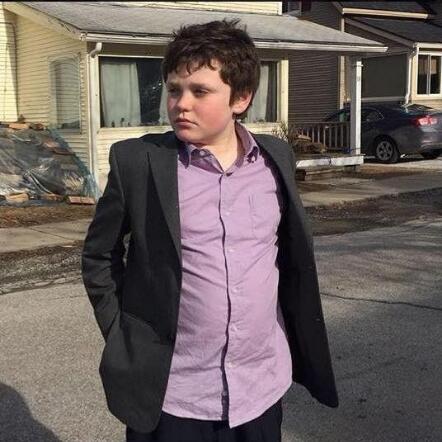