UN: States Increasingly Using Refugees for Political Purposes
For years, people fleeing from war and oppression have sought asylum in nearby countries.
Now, the United Nations is warning that countries are increasingly using refugees as tools to support their local and national interests.
Filippo Grandi is the U.N.'s High Commissioner for Refugees (UNHCR). He says many refugees are being used as pawns as traditional guarantees of asylum appear to be breaking down.
Grandi spoke at the refugee agency's annual conference this week in Geneva, Switzerland.
The UNHCR reports a record 65.6 million people had been forcibly displaced by war and persecution worldwide by the end of 2016. This includes 22.5 million refugees who had crossed from one country to another. The UNHCR reports that, in 2017 alone, more than two million people have fled their countries as refugees.
Grandi told the delegates that in just five weeks, 500-thousand Rohingya fled from violence in Myanmar. During the same period, he noted, more than 50,000 people fled South Sudan, while 18,000 others were escaping clashes in the Central African Republic.
Grandi said that in some ways refugees have always been used for political purposes. But he said the problem has worsened in recent years. He said refugees have become a major issue in local and national politics and even in relationships between governments.
"Protection is constantly being tested. And, at times, it even seems that refugees have become a commodity, traded between states. Principled leadership has frequently given way to an erosion of refugee rights, driven by confused and sometimes frightened public opinions often stirred up by irresponsible politicians."
Grandi told the conference that immigration and asylum policies have become more restrictive in some countries. He said some countries that welcomed refugees in the past also have their own histories of exile and migration.
He added that refugee protection is weakening in many areas, including in industrialized countries. He says protection of refugees is breaking down in traditional countries of asylum in Europe, the United States and Australia.
I'm Alice Bryant.

He sought asylum in the church.
他到教堂避难=~fFBlz;lkv4y,G(K1。

I thought my article was harmless, but I have stirred up a hornet's nest.
我认为我的文章没有什么害处，但我却惹来麻烦3m;818@.BTm=。

He's scared stiff of the relationship breaking down.
他非常害怕关系破裂[5T)m6dF|ykO。

We deprecate this use of company funds for political purposes.
我们反对公司基金移用于政治目的[oVQ@JTsMMI|36l-)yPe。

1.Grandi said that in some ways refugees have always been used for political purposes.

In some ways we wish we could turn the clock back.
在某些方面，我们希望能回到以前(*7x#WIsV.JT1+。
In some ways, the official opening is a formality.
从某些方面来说，正式的开幕仪式只不过是走个形式xlSyssofbB。

2.The UNHCR reports a record 65.6 million people had been forcibly displaced by war and persecution worldwide by the end of 2016.

By the end of the holiday I had spent all my money.
到假期结束时，我已经花光了自己所有的钱6p0iA7&wmqGr1。
By the end of that first year, I knew how totally unsuited we were to each other.
到了第一年年底，我明白了我们俩根本不般配l@Eu[5niJEdC。 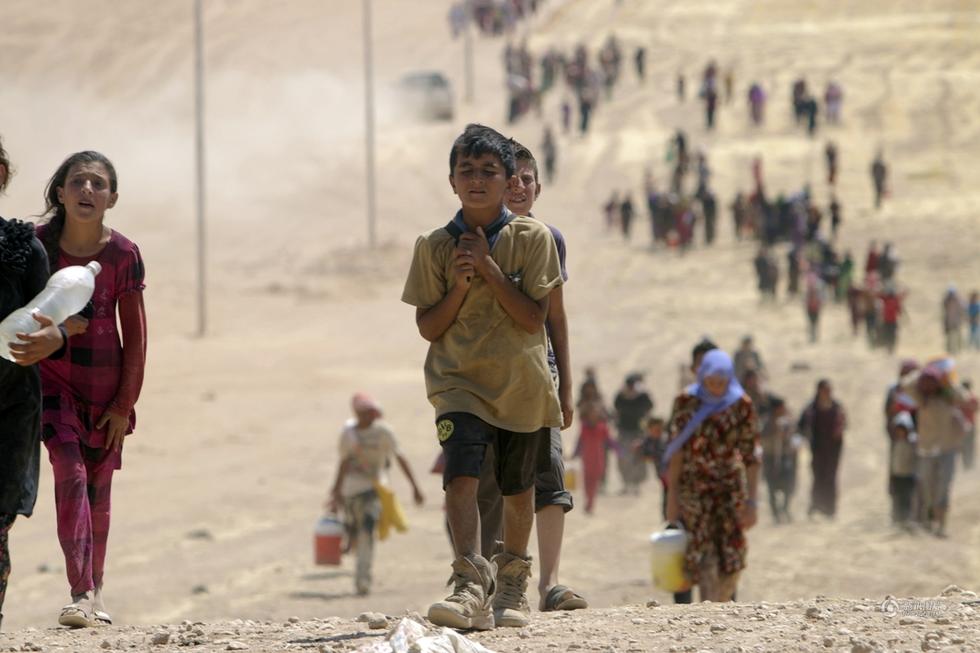