Thailand Offers Class to Women Who Marry Foreigners
Thailand's government is offering a free class to Thai women who marry foreigners.
The class teaches about the possible difficulties of such marriages. It also teaches how to avoid becoming a victim of scams or human trafficking when moving overseas.
Thailand's social development ministry said that some women believe marriage to a foreigner is a way to improve their economic situation.
The government has little recent information about such marriages. A 2004 government study showed that more than 15,000 women from northeastern Isan had married foreigners. That is one of the poorest areas in Thailand. Each month, these women sent a total of 122 million baht to their families.
Patcharee Arayakul is the director of the ministry's division of gender equality.
"Our course will teach women how to conduct themselves, about the laws of their destination country, and how to prepare before going," Patcharee said.
The class covers, "legal rights, how to seek help through the relevant Thai authorities, as well as exploring issues of culture shock," said Dusadee Ayuwat, a professor who helped design it.
The practical advice was very useful, said one woman who attended the class.
"I was more interested in the legal aspects rather than the culture shock," she said. The woman did not want to give her name.
Ploynisa Duangdararungrueng is married to a German national. She says she thinks the education could be useful for some Thai women.
"Thai women, especially those from the northeast region, are soft-spoken and submissive," she said. "They must learn to respect themselves and their culture."
Her husband, Ralf Wacker, said the class could help prepare women for life in the West. "For a lot of women, life in the West is like a fairy tale, but in reality it can feel extremely isolating moving to a small town," he said.
Wacker urged Thailand's government to offer a similar course for the foreign husbands. "If the Western man does not understand the family dynamics," he said, "this can cause a lot of problems."
I'm John Russell.

She was like a princess in a fairy tale.
她就像童话里的公主Xq9~c2k],[Bk=qiLnwx~。

Progress in gender equality and women's empowerment has been uneven.
在性别平等和妇女赋权方面的进展是不平衡的Tns-aKcg@[w!q@jAg[j。

She had often considered moving to London.
她过去常想搬到伦敦去住J-sXvYtaqw.VTd-5P6。

Concern at the economic situation was reflected in the government's budget.
政府的预算反映了对经济运行状况的关注hPPVi!8%Ahi;#kd@)。

1."For a lot of women, life in the West is like a fairy tale, but in reality it can feel extremely isolating moving to a small town," he said.

The reactionaries are fierce in appearance but feeble in reality.
反动派看起来很强大，实际上十分虚弱yT5~D9NIhTWuoY。
He came across as streetwise, but in reality he was not.
他给人的印象是很适应都市生活，但实际上并非如此y78%Z0GsWC@lNFUc。

2."I was more interested in the legal aspects rather than the culture shock," she said.

The zoo needed better management rather than more money.
这座动物园需要更好的管理，而不是更多的资金[,2eJNhOT4^。
The opposition appear to have chosen the path of cooperation rather than confrontation.
反对派似乎已经选择了合作而不是对抗的路线-DcgzkT7KvjU|[@2;lo。 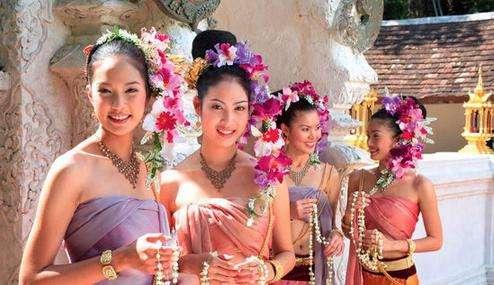