South Korea Says US in Close Communications Over North
South Korean President Moon Jae-in says U.S. President Donald Trump has told him North Korea would not be attacked without South Korea's approval.
Moon said, "The United States and President Trump have declared and promised that whatever military action they would like to take, they will fully discuss it with us and get our consent."
"South Korea and the U.S. are in full communication and discussions," he added.
During a televised news conference, Moon also promised to prevent another military conflict on the Korean Peninsula. The event marked his first 100 days in office.
Moon has called for reducing tensions through talks and engagement. This has been different from the U.S. president's efforts to put "maximum pressure" on North Korea for its missile tests and nuclear program.
However, Moon said North Korea should stop the development of a fully operational Intercontinental Ballistic Missile (ICBM). Such a development, Moon said, would cross a "red line" and raise the risk of military conflict.
Moon said "President Trump is trying to pressure North Korea by showing firm determination." But he said he considered economic pressure was the main way to persuade North Korea to take part in nuclear talks.
Tensions ease as North Korean launch postponed
Tensions on the Korean Peninsula eased this week as North Korean leader Kim Jong Un postponed planned missile launches. North Korea had threatened to launch missiles targeting waters near the U.S. territory of Guam in the Pacific Ocean.
Trump called the postponement a "wise and well-reasoned decision" in a tweet on the social network Twitter.
North Korea's threat was in reaction to new United Nations Security Council restrictions. The goal of the measures is to ban about $1 billion worth of North Korean exports including coal, iron ore and seafood. The U.S. and other countries have accused North Korea of using export income to fund its banned weapons programs.
Moon's news conference Wednesday came less than one week before the beginning of yearly military exercises between South Korean and U.S. troops.
North Korea strongly condemns the exercises calling them preparations for "invasion."
During a visit to Beijing Thursday, the Chairman of the U.S. Joint Cheifs of Staff, General Joseph Dunford said there are no plans to reduce the size of the exercises.
And U.S. Vice President Mike Pence again stated that "all options" toward North Korea remain for consideration during his visit to South America.
China is North Korea's main ally and biggest trade partner.
On Monday, China announced it would place restrictions on North Korean imports following the U.N. Security Council measures. China has urged North Korea not to carry out missile or nuclear tests that are banned by the Council. It also has said stopping regular South Korea-U.S. military exercises would ease tensions in the area.
I'm Dorothy Gundy.

This is seen as an implicit warning not to continue with military action.
这被视为一个停止军事行动的含蓄警告Fp)Hogkc#Vpp07qW8lu+。

Police say they believe the attacks were carried out by nationalists.
警方说，他们认为袭击是民族主义分子发动的pUSOa+M[AbxH#n%n。

They are hoping that once in office he can be persuaded to moderate his views.
他们希望等他一上台，可以说服他观点别那么激进!sWU2sNdN6N。

1.During a visit to Beijing Thursday, the Chairman of the U.S. Joint Cheifs of Staff, General Joseph Dunford said there are no plans to reduce the size of the exercises.

there are no plans to 没有...的计划

In reaction to his victory, leaders in Brussels and Washington were among the first to congratulate him.
对于他取得的胜利，布鲁塞尔和华盛顿的领导人首先向他道贺1WhwRuJajn&8.。
People aren't adjusting everything they do in reaction to me and my actions.
人们不会为了来应对我、应对我的行为而调整他们的一切行为U8jW6MVF[vkez7;o。 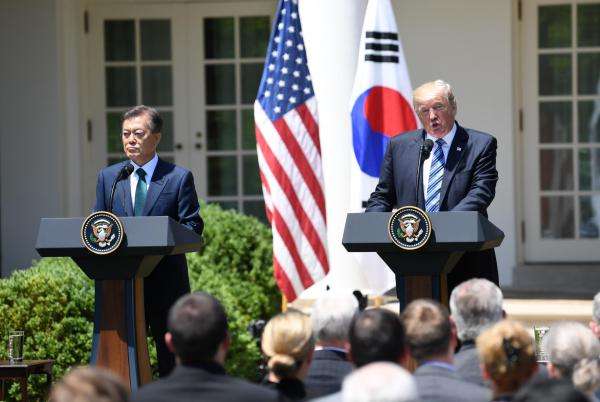