Messi Says Goodbye to Neymar on Instagram
This is What's Trending Today.
The biggest soccer story of the summer was not Germany's win at the Confederations Cup in Russia. And it was not the United States' Gold Cup win over Jamaica either.
Instead, it was the constant discussion about whether Brazilian star Neymar would leave his current team, Barcelona, and move to Paris Saint-Germain.
Barcelona recently played in the United States, and it was all people wanted to know about.
But that discussion has come to an end. Barcelona announced on Wednesday that Neymar said goodbye to his teammates and told the team he was leaving.
The only delay? Paris Saint-Germain will need to pay Barcelona over 200 million euros to purchase Neymar's contract.
Until then, Neymar is still a member of Barcelona. However, he will not practice with the team.
In July, many sports publications wrote about the possibility of Neymar leaving Barcelona. They said he did not like being the team's second-best player behind Argentine star Lionel Messi.
But just last week, Spanish player Gerard Pique of Barcelona posted a photo of Neymar on Instagram. Under the photo, he wrote, "he stays."
Pique said he did not have any special information about his teammate, however. It was just his own feeling about the situation.
The question about whether Neymar would stay or go grew more intense in the last week, as Barcelona finished its tour of the U.S. and returned to Europe. Neymar did not travel with the team. Instead, he went to Asia to make appearances for his sponsors.
He returned to Spain on Tuesday night, and told the team of his decision on Wednesday.
Now, the soccer world must wait for Barcelona's bank account to grow by over 200 million euros. When that happens, Neymar will be on his way to Paris.
On Wednesday, Messi used Instagram to post a goodbye video message to Neymar. The two have been Barcelona teammates since 2013. More than 5 million people watched the video in the first three hours.
And that's What's Trending Today.
I'm Dan Friedell.

He has won over a significant number of the left-wing deputies.
他争取到了相当数量的左翼代表的支持axsnzVHQE%sNZiAt。

He has made several withdrawals from his bank account.
他从银行账户上提了几次款]Oc[43PXw|[,EXUBUbs。

I hear she's going to sell out and move to the city.
我听说她打算变卖家当，搬到这座城市GlM83RYw)9*FT]|0。

It was not until then that I knew we had been deceived.
直到那时我才知道我们被欺骗了I7ore1wBz)rQck。

1.But that discussion has come to an end.

come to an end 结束；告一段落

It has not come to an end even after three years.
三年了，事情还没落局GGY^V72_Zye9+Jk9+。
All good things must come to an end, however beautiful an experience is.
再好的事情也有曲终人散的时候+1%+iHjZg]1o。

2.Barcelona announced on Wednesday that Neymar said goodbye to his teammates and told the team he was leaving. 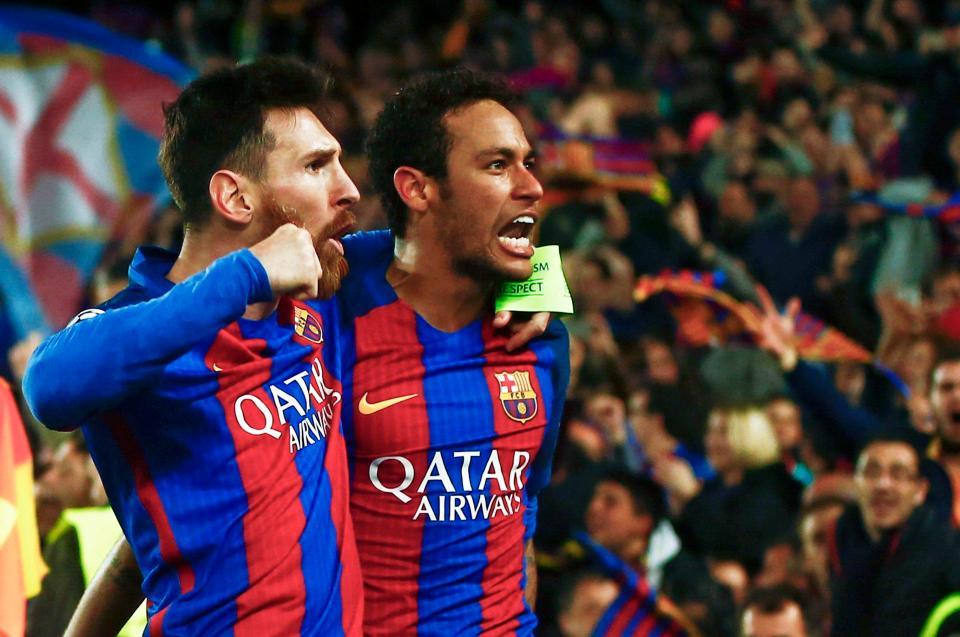