US Senator John McCain Has Brain Cancer
Senator John McCain has brain cancer.
McCain, 80, is a Republican who lost the 2008 presidential election to Democrat Barack Obama. He is considered a war hero from his service in the Vietnam War.
His office and the Mayo Clinic Hospital in Phoenix, Arizona, provided the medical information about McCain on Wednesday night.
McCain was diagnosed with glioblastoma, an aggressive form of cancer. It forms tumors in the brain and spinal cord, according to the American Brain Tumor Association.
The American Cancer Society estimates that people who develop glioblastoma after the age of 55 have a five-year survival rate of 4 percent.
McCain's Senate office said the senator is in "good spirits" as he continues to recover from surgery at his Arizona home.
Praise for McCain came from leaders of both political parties. Former President Obama tweeted:
"John McCain is an American hero & one of the bravest fighters I've ever known. Cancer doesn't know what it's up against. Give it hell, John."
Republican President Donald Trump, who once questioned whether McCain was really a war hero, also offered best wishes.
"Senator John McCain has always been a fighter. Melania and I send our thoughts and prayers to Senator McCain, Cindy, and their entire family. Get well soon."
Before entering politics, McCain was a Navy fighter pilot. He was imprisoned and tortured by the North Vietnamese for five years after his plane was shot down.
McCain refused the North Vietnamese offers to leave early from a prison known as the "Hanoi Hilton." McCain said he would not leave unless fellow American prisoners of war were also released. When McCain was finally released in 1973, he was badly injured and weakened.
In 1982, McCain was elected to the U.S. House of Representatives. Four years later, he was elected to the Senate.
McCain has survived other health issues, including melanoma -- the most dangerous form of skin cancer. He also faced a variety of health problems caused by his five years of imprisonment in Vietnam.
His daughter, Meghan, said her father is demonstrating his usual strength and bravery.
"It won't surprise you to learn that in all this, the one of us who is most confident and calm is my father," she said. "He is the toughest person I know."
McCain's office said his doctors will decide when he can return to the Senate. A lengthy absence will make it more difficult for the Trump administration and Republican congressional leaders to pass bills.
Republicans had already delayed a vote on eliminating and replacing the health law, known as Obamacare. The delay was announced after McCain had surgery last week to remove a blood clot from behind his left eye.
On Wednesday night, the Mayo Clinic and the Arizona Republican's office announced McCain's diagnosis of a brain tumor.
McCain's doctors said the senator's next treatment may include a combination of chemotherapy and radiation.
Republican Senator Jeff Flake also represents the state of Arizona. He found out about the cancer during a telephone discussion with McCain.
"Only at the end of the conversation, I asked him how he was feeling today, and he said, 'I'm feeling fine, but I might have some chemotherapy in my future,'" Flake said on ABC television. "And that's how I learned of it. So it was almost in passing about his diagnosis."
Flake went on to say that McCain sounded "optimistic."
"He's John McCain -- that's what we expect," Flake said.

Neither of the front-runners in the presidential election is a mainstream politician.
总统选举中的两位领先者都不是主流政治家Mq[V-8*)I9[c~lNauv。

A combination of talent, hard work and good looks have taken her to the top.
兼具天赋、勤奋和美貌使她得以出人头地p54VCVFTKQOyy(YwFOLL。

I solemnly vowed that someday I would return to live in Europe.
我郑重发誓，总有一天我将回到欧洲生活jop=YJsw%#。

People can keep out of the sun to avoid skin cancer.
人们可以通过避免阳光照射来预防皮肤癌_1PkUVC(=sof5,]%lt5V。

1.He also faced a variety of health problems caused by his five years of imprisonment in Vietnam.

Minerals can be absorbed and utilized by the body in a variety of different forms.
人体可通过很多不同形式吸收和利用矿物质EB3vnNm^&t&F6Z~GEoY。
We spend the time collating and presenting the information in a variety of chart forms.
我们花费时间用各种各样的图表来比照和展示这些信息D%4Y6WL=E#SmSY。

2."Only at the end of the conversation, I asked him how he was feeling today, and he said, 'I'm feeling fine, but I might have some chemotherapy in my future,'" Flake said on ABC television. 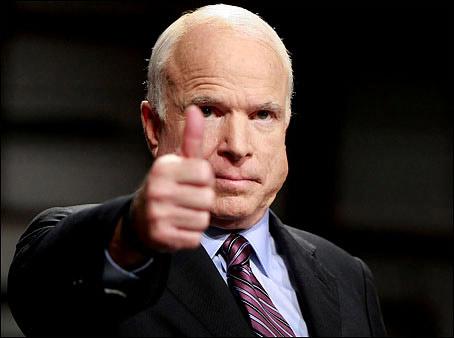