Yoko Ono Named Co-Writer of John Lennon’s 'Imagine'
This is What's Trending Today....
Forty-six years after its release, John Lennon's classic song "Imagine" is formally getting a co-writer -- his widow, Yoko Ono.
The British musician first gained worldwide fame in the early 1960s, as a member of The Beatles. The group officially broke up in 1970, shortly after Lennon married Ono, a Japanese singer and activist.
By then, Lennon was already writing songs of his own. Perhaps no Lennon song, however, is more famous than "Imagine."
"Imagine there's no countries,
It isn't hard to do.
Nothing to kill or die for,
And no religion too.
Imagine all the people
Living life in peace."
The song was released in 1971. It called for peace during the Vietnam War, and urged people around the world to live in unity. Its message, music experts say, has remained important and relatable through the years.
In 2011, the magazine Rolling Stone named "Imagine" the third-greatest song of all time. It wrote, "John Lennon wrote "Imagine," his greatest musical gift to the world, one morning early in 1971 in his bedroom....His wife, Yoko Ono, watched as Lennon sat at the white grand piano....and virtually completed the song."
That story, however, changed this week at a National Music Publishers Association event in New York City. On Wednesday evening, the association honored "Imagine" with its song of the century award.
Its chief executive, David Israelite, also made a surprise announcement. He said Ono would officially receive credit as a co-writer of "Imagine." Israelite said the decision was made based on Lennon's wishes.
John Lennon himself said in a 1980 interview with the BBC that Ono played a role in writing the song. He said it "should be credited as a Lennon-Ono song, because a lot of it, the lyric and the concept, came from Yoko." Lennon also said that some of the ideas of "Imagine" came from Ono's book "Grapefruit," and that not including her as a writer was "selfish" on his part.
Parts of that interview were played Wednesday during the announcement. Israelite said it was his honor to "correct the record" and give Ono credit for "Imagine."
Ono and her son, Sean, attended the event to accept the song award. Israelite's announcement, however, came as a surprise.
Sean Ono Lennon told Billboard magazine that Wednesday "may have been the happiest day of mine and my mother's life."
He also described the surprise announcement on Facebook. He wrote it was the "proudest day of my life" and that "patience is a virtue!"
John Lennon and Yoko Ono were married from 1969 until Lennon's murder in December 1980.
And that's What's Trending Today.
I'm Dan Friedell.

Riot police broke up a demonstration by students.
防暴警察驱散了示威的学生Yc.FrYpv%d4JwQ。

Shortly after moving into her apartment, she found a job
搬进公寓不久，她就找到了份工作r9#Oy+2uL[Hqn。

They wondered if melatonin played a role in learning and memory.
研究人员怀疑褪黑素影响学习和记忆oE*#[egr4-O]q7。

We all knew by then that the affair was practically over.
到那时，我们都知道事情实际上已经结束了pQ84!UuhiMPH|qIOWA。

1.Nothing to kill or die for, and no religion too.

When we die for the people; it is a worthy death.
我们为人民而死，就是死得其所-k~05MmYsn9G-C)eMn。
Why do we crave love so much, even to the point that we would die for it?
为什么我们渴望的爱这么多，甚至到了会为爱而死的地步？

2.Israelite said it was his honor to "correct the record" and give Ono credit for "Imagine."

We have to give Tim credit for that.
我们应为此给予蒂姆赞扬kQFI)h~d33lFFkD~aqT+。
I did not give you credit for such skill.
我没想到你有这个本事DK7]#jIhyK9k205。 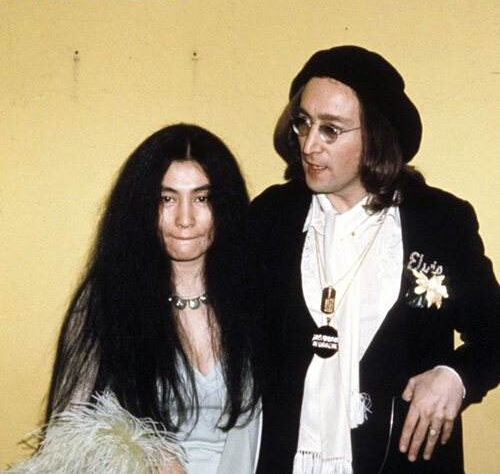