33 Charged with Stealing Chocolate, Other Crimes
United States officials have accused 33 people of criminal activity, including stealing 4,500 kilograms of chocolate and a "murder for hire" plot.
Murder for hire is when someone offers to pay an individual to kill another person.
Federal law enforcement officials in New York City announced the charges last week.
All those charged have ties to a Russian-organized crime group that operated throughout the United States, said Joon Kim. He is the acting U.S. attorney for the Southern District of New York.
William Sweeney Jr. is with the U.S. Federal Bureau of Investigation. He said that the 33 people charged in the case tried "to make as much money as possible, all allegedly organized and run by a man who promised to protect them."
"But that protection didn't include escaping justice," Sweeney added.
Kim said the 33 defendants are accused of what he called a "dizzying" number of crimes. He said the Russian criminal group is known as Shulaya Enterprises.
The charges include stealing a shipment of 4,500 kilograms of chocolate. That is equal to over 80,000 candy bars.
Another reported crime involved a female member of Shulaya Enterprises. She would "seduce" men, suggesting a love interest, and then use a gas to put them to sleep -- before stealing their money.
The "murder for hire" effort, the government said, involved an offer to kill someone in exchange for money.
Other crimes were transportation and sale of untaxed cigarettes, plans to pay bribes to law enforcement officials and efforts to cheat casinos in New Jersey and Pennsylvania.
The casino fraud case involved the use of electronics and computers to predict when and which electronic slot machines would pay off prize money, the government said.
Shulaya Enterprises members used code words to communicate to each other -- to make it more difficult for the government to listen to their discussions, the government said.
The defendants were mostly born in the former Soviet Union and had strong ties to Ukraine, Georgia and Russia, the government said.
Acting U.S. Attorney Kim said the crimes were carried out throughout the United States.
In the American justice system, a judge or jury of people decide if a defendant charged with a crime is guilty or not guilty. If the person is found guilty, a judge will decide what the punishment will be, including time in prison and financial fines.
I'm Phil Dierking.

The jury that convicted her on four counts, including murder for hire.
陪审团宣判她四项罪名，包括雇凶杀人~FP._2#M2t。

They were found guilty of murder
他们被判谋杀罪成立!6Z_X2s3T,-6SN*Mv6。

This entertainment device is somewhat similar to slot machines in casinos.
这种游艺设备有些类似赌场中的老虎机N%,~0Vwn7T。

An anonymous benefactor stepped in to provide the prize money.
一个匿名捐助者施以援手提供了奖金3n2F-J&yk,@(。

1.The casino fraud case involved the use of electronics and computers to predict when and which electronic slot machines would pay off prize money, the government said.

It would take him the rest of his life to pay off that loan.
他得用余生来还清那笔贷款M;sw4d_5(7;U。
Sandra was determined to become a doctor and her persistence paid off.
桑德拉决心成为医生，她的坚持取得了成功@~_q)rMLTH+cam_xl。

2.The defendants were mostly born in the former Soviet Union and had strong ties to Ukraine, Georgia and Russia, the government said.

had strong ties to 与...有颇深的渊源 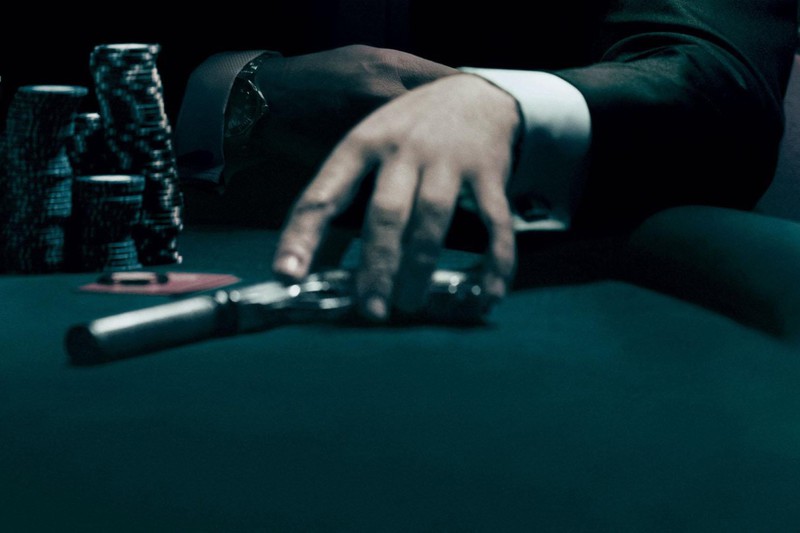