US Veterans Selling Spice from Afghanistan, Where They Served
Saffron is one of the costliest spices in the world. It is sometimes considered as valuable as money, and has been used as such in history. Saffron comes from a flower that grows mostly in parts of Europe, Iran and India. Now, a company in the United States is developing new markets for saffron grown in Afghanistan.
At Café Ba-Ba-Reeba in Chicago saffron is very important to Executive Chef Matt Holmes's menu.
"We feature it in our paellas, which are our signature dish here at Café Bar Ba Reeba, as well as use it in a dessert and some other dishes as well. So, it's incredibly important to have high-quality saffron."
Cooks throughout Asia, the Middle East and the Mediterranean Sea use saffron, but few cooks in the United States know about the spice.
The company Rumi Spice, which sells saffron to Holmes, is working to change that.
Kimberly Jung is a founder of Rumi Spice. She says the company takes its name from Jalaluddin Rumi, a 13th-century poet and thinker born in what is now Afghanistan.
"One of his famous sayings is ‘Where there is ruin, there is hope for treasure.'"
Keith Alaniz is another of the founders of the company, along with Emily Miller. They are all former U.S. military members who served in Afghanistan. Alaniz says they returned with more than just battle experience.
"I was never able to resolve just going to Afghanistan, and spending time; leaving and never thinking about the place again -- especially when you form relationships with people who live there and you understand them and you know their families."
So, Jung and Alaniz began to sell saffron produced by Afghan farmers they met in Herat province. There is not much demand for saffron in Afghanistan, so farmers must export it.
Alaniz says Afghanistan has basically "been cut off from the international market for 30 years." He says farmers there are producing a great product. But he says they cannot get a fair value for their goods because they are not able to export it.
Conflict and insecurity in Afghanistan is not the only difficulty in getting Afghan saffron to market.
Abdullah Faiz is the head of the country's Herat University. He says Afghanistan has been producing saffron for many years but still has no process that guarantees the spice's quality. So, Herat University is working with Purdue University in Indiana to create a department of food technology for Afghan saffron farmers.
Faiz says the department will help train farmers to produce saffron that is pure and safe.
Rumi carries out its own careful testing process on its product. Matt Holmes says it was the quality and taste of Rumi's saffron that convinced him to buy it. But he also likes the company's support for Afghanistan.
"And you are kind of doing double duty with the program that they have with helping farmers in Afghanistan and helping women and being a positive influence besides just selling a product, so you really get the best of both worlds."
Investors have noticed the company's success. Billionaire businessman Mark Cuban invested $250,000 after the company competed on the television show "Shark Tank."
I'm Jill Robbins.

They visited some factories, hospitals as well as the school.
他们参观了这所学校，还参观了工厂和医院F]@.6r=Yuc+。

The development and further opening of the Pudong New Area has produced a positive influence on economic growth.
浦东新区的发展与进一步开放产生了积极的影响，推动了经济发展20~On0_Y&!。

China carries out policy for opening up external and activation internal.
中国现在实行对外开放、对内搞活的政策k_OCh]9p3#lB2_=@Q*。

1.Alaniz says Afghanistan has basically "been cut off from the international market for 30 years."

Our phone's been cut off.
我们的电话被切断了;O[_F^%GtE,#lH3t9。
They were almost completely cut off from the outside world.
他们几乎完全与外界绝缘了-kJ0Q|wfgtG~H。

2.Keith Alaniz is another of the founders of the company, along with Emily Miller.

The baby's mother escaped from the fire along with two other children.
婴儿的母亲和另外两个孩子一起逃离了火海sbUOv_[@@Q5~Q+。
The problem of pollution arises along with the rapid development of industry.
随着工业的迅速发展，产生了污染问题jXnX+Y!J3wNA#。 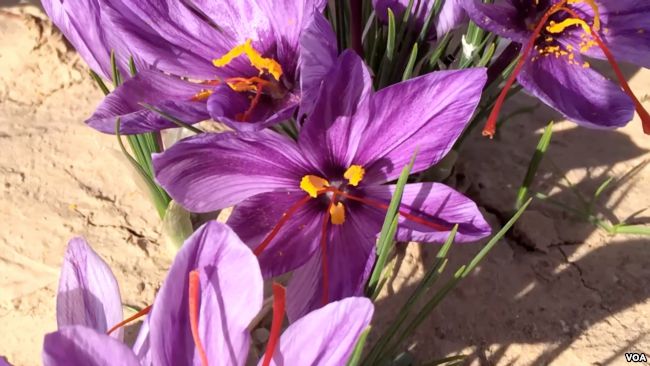