Melania Trump, Son Barron Move to White House
President Donald Trump's wife Melania and their 11-year-old son Barron have officially moved into the White House.
She and the boy had been living at the family's home at Trump Tower in New York so Barron could finish out the year at his current school.
In keeping with American tradition, President Trump moved to Washington, DC immediately after he took office in January. Since then, he has lived in the White House -- one of the most famous buildings in the world.
Melania Trump announced the move Sunday on Twitter. She wrote, "Looking forward to the memories we'll make in our new home! Hashtag Movingday." Her announcement included a picture of the Washington Monument as seen from a room inside the White House.
The president spent last weekend away from the White House. He went to one of his golf properties in the state of New Jersey.
Melania Trump has not been as visible as other presidents' wives since choosing to stay with Barron in New York. But she has slowly begun taking on more official White House duties. She also recently joined the president on his first major overseas trip.
Her move to Washington was expected. Trump had repeatedly said his wife and son would be joining him in the White House after the current school year. Barron has been attending Columbia Grammar and Preparatory School in New York City.
Melania Trump announced last month that Barron would begin attending a private school just outside of Washington, in the state of Maryland, later this year. The school, Saint Andrew's Episcopal School, is about 30 kilometers from the White House.
In a statement at the time, the first lady said the family chose St. Andrew's because of its commitment "to know and inspire each child in an inclusive community." She added that the school's program combines teaching, learning and service, "all of which appealed to our family."
The cost for Barron to attend the school is reported to be about $44,000 a year, about the same cost as his former school in New York.
Former President Barack Obama and former first lady Michelle Obama chose to send their daughters to Sidwell Friends School, a private school in Washington, DC.
Chelsea Clinton also attended Sidwell Friends while living in the White House during the presidency of Bill Clinton.
I'm Ashley Thompson.

We moved into a cabin with electricity but no running water.
我们搬进一栋通了电但没有自来水的小屋DGhkOac--P)Ba7f2uA。

They sent me to a fancy private school.
他们把我送到一所昂贵的私立学校学习Lx@[.UOb8#7lkh。

He has returned to South Africa from his long overseas trip.
他结束了漫长的海外旅行回到南非)(g%%Ql~DoD*fTV&s,。

1.But she has slowly begun taking on more official White House duties.

No other organisation was able or willing to take on the job.
没有任何别的组织有能力或愿意承担此项工作rJvj@5k|Km;J。
Believing he had only a year to live, his writing took on a feverish intensity.
由于以为自己只剩一年的活头，他的文字开始变得激情澎湃!-jl3U^Gt(oSNW5wS8。

New public opinion polls show the president's approval rating at its lowest point since he took office.
新的民意调查显示总统的支持率跌到了他就职以来的最低点mSPO^*Y_dZM&B。
By the time I took office, the war in Afghanistan had entered its seventh year.
在我上任的时候，阿富汗战争已经进入了第七个年头v,|p7Z,Xbt。 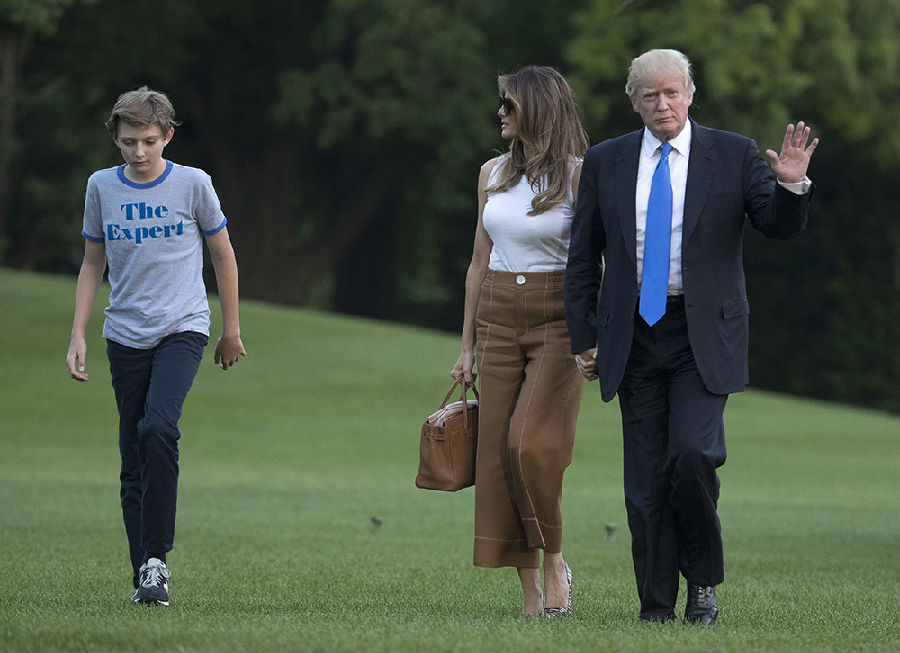