James Bond Actor Roger Moore Dies at 89
British actor Roger Moore, best known for playing James Bond, has died. He was 89 years old.
His children said in a statement Tuesday that Moore died of cancer.
"The love with which he was surrounded in his final days was so great it cannot be quantified in words alone," they wrote.
Moore gained worldwide fame for playing secret agent James Bond, also known as 007. He played Bond in seven films released between 1973 and 1985. They include "Live and Let Die," "The Spy Who Loved Me" and "A View to a Kill."
The films were based on the books by Ian Fleming.
Before becoming Bond, Moore was known in the U.S. for his work in the popular TV series "Maverick," which aired from 1957 to 1962. And in England, he starred in the long-running 1960s TV show "The Saint." In that show, he played a hero who helped put wealthy criminals in jail while taking their fortunes.
Moore was also one of the longest-serving goodwill ambassadors for the United Nations Children's Fund. He had served in the position since 1991.
He received UNICEF UK's first lifetime achievement in 2012. The award was later named the Roger Moore Lifetime Achievement Award.
Moore said after accepting his UNICEF position, "I felt small, insignificant and rather ashamed that I had traveled so much making films and ignored what was going on around me."
UNICEF's executive director said in a statement that "the world has lost one of its great champions for children -- and the entire UNICEF family has lost a great friend."
Fans and fellow actors remembered Moore on social media Tuesday. American actress Mia Farrow wrote on Twitter, "Few are as kind & giving as was Roger Moore. Loving thoughts w his family & friends. He will be missed too by UNICEF."
British filmmaker Edgar Wright wrote, "RIP Sir Roger Moore. My first Bond and one of the first actors that I loved as a kid. And a lovely, funny, warm person to boot. Farewell."
And British actor Michael Caine wrote, "I am devastated today at losing one of my oldest and closest friends Roger Moore, my world will never be the same again.
I'm Jonathan Evans.

They lost their way in the desert and died of thirst.
他们在沙漠中迷路而渴死了Rks_Knl_~^DmdODZnGh。

She is known as a great beauty.
她是出了名的大美女Dd2utFA|QWojy7rK。

I really thought you were a secret agent.
我真的以为你是一个密探A7|.C;dAQNYGf。

1.The films were based on the books by Ian Fleming.

The study was based on data from 2,100 women
这项研究基于从2,100名女性那里收集来的资料PA!2rw0+g-。
Democracy is based on good will and mutual understanding.
民主建立在善意和相互理解的基础上XW3czI9_6l0Dhi-。

2.In that show, he played a hero who helped put wealthy criminals in jail while taking their fortunes.

The man was put in jail for grand larceny.
那人因重大盗窃案而被监禁-X.F[=R[VT9uAunT7PSa。
The thief who had stolen the jewels was apprehended by the police and was put in jail.
那偷珠宝的小偷被警方捉去了，而且关入了监狱Gr6o&rGE[J8jQctm7_r。 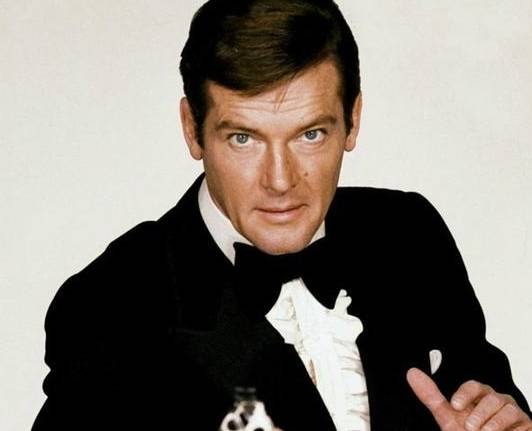