White House Disputes Reports that Trump Asked Comey to End Investigation
The White House has disputed a news report that President Donald Trump asked the former FBI director to stop an investigation of Michael Flynn, the ousted national security adviser.
The New York Times reported Tuesday that Trump made the request during a February 14 meeting with James Comey in the Oval Office. The Times' story is based on a memo reportedly written by Comey shortly after the meeting.
Flynn had resigned the day before that meeting. He left office after it was revealed he had lied about his contacts with the Russian ambassador.
The Times reported that Trump told Comey, "I hope you can let this go." He reportedly made the statement after asking Vice President Mike Pence and Attorney General Jeff Sessions to leave the room.
The White House denied the report.
"While the President has repeatedly expressed his view that General Flynn is a decent man who served and protected our country, the President has never asked Mr. Comey or anyone else to end any investigation, including any investigation involving General Flynn," the White House said in a statement.
The Justice Department did not comment.
According to the Times, Comey wrote in the memo that Trump told him Flynn had done nothing wrong and that "he is a good guy." Comey reportedly replied "I agree he is a good guy."
Comey shared the memo with top FBI officials, the Times said, but kept the conversation secret from agents working on the Russia investigation.
The Times reported that Comey has been known to keep notes of his meetings in the past.
Trump fired Comey last Tuesday. The White House first said he was dismissed because he mishandled the Hillary Clinton email investigation. Later, it said the dismissal was based on a Justice Department recommendation.
On NBC News the next day, Trump called Comey "a showboat," and said that he had been planning to fire him. The president added that he never tried to pressure Comey to drop the FBI investigation into ties between Russia and Trump's campaign.

Julie was suspended from her job shortly after the incident.
出事后不久，朱莉就被停职了k1BrxjKLZFb,H。

Thousands of protesters in Syria have renewed their calls for President Bashar al-Assad to leave office.
叙利亚成千上万的抗议者已重新呼吁巴沙尔总统下台]]I@T7uH+Yh#。

1.The Times reported that Trump told Comey, "I hope you can let this go."

She let go of Mona's hand and took a sip of her drink
她放开莫娜的手，抿了一口饮料zikP@0.E;]#。
Peterson was let go after less than two years.
不到两年彼得森就被解雇了%X&^PlTSdcq0。

2.According to the Times, Comey wrote in the memo that Trump told him Flynn had done nothing wrong and that "he is a good guy."

have done nothing wrong 没有做错... 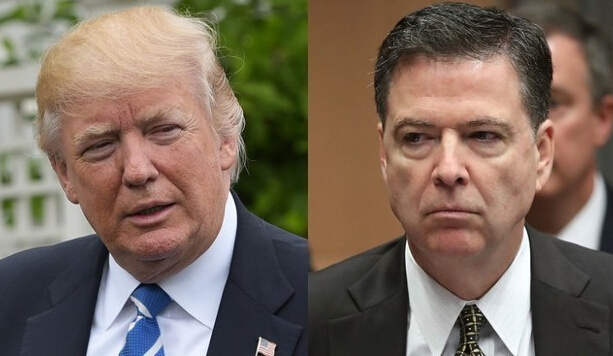