Childbirth Drug Greatly Reduces Bleeding Deaths
A drug used to treat severe bleeding could save thousands of lives for mothers giving birth.
A global trial of the drug found it reduced the risk of bleeding deaths during childbirth by nearly one-third. The study involved 20,000 women in 21 countries, mainly in Africa and Asia.
The trial was carried out by London's School of Hygiene and Tropical Medicine. The drug is called tranexamic acid. It is low-cost and researchers said it does not cause serious side effects for mothers or babies.
The drug was first developed by Japanese scientists in the 1960s, but no long-term studies of it were completed until now. The drug is used to treat mothers for severe bleeding during childbirth, also known as postpartum hemorrhage.
Postpartum hemorrhage is the leading cause of maternal death worldwide, according to the World Health Organization. More than 100,000 women die of the condition each year.
Haleema Shakur is the project director for the trial. She says despite medical advances in many countries, severe bleeding after childbirth remains a big problem in some parts of the world.
"It's one of the biggest killers of mothers. You know, mothers go into childbirth expecting everything to happen normally. But in Africa and Asia, about 10 percent of women will end up with severe bleeding."
The drug works by stopping blood clots from breaking down after a mother gives birth. The treatment can prevent the need for doctors to perform surgery to find the source of bleeding.
Shakur said the best results were reported when the drug was given to women as soon as possible after childbirth.
"The earlier you give it – so within the first three hours of giving birth – the better the effect. Overall we saw a 20 percent reduction in death due to bleeding, whereas in women who received the treatment within the first three hours, it was 30 percent."
The next step will be to get the drug where it is needed and provide training to doctors and nurses on how to use it.
During the trial, women were given the drug through an intravenous (IV) line in a hospital setting. But researchers are looking for easier ways to administer the drug so it can be more widely used in small clinics and rural areas.
I'm Bryan Lynn.

The library attracts thousands of scholars and researchers.
那个图书馆吸引了成千上万的学者和研究人员[2w]83rTCu9is@)Bod。

There is contradiction between the urbanization route in the rural area and the current land system.
中国农村城镇化道路与现行土地制度存在矛盾irb#WGtR5K&i4tu1。

The country's economic problems are largely due to the weakness of the recovery.
该国的经济问题很大程度上是因为复苏乏力bv4w73cD8b。

She is known as a great beauty.
她是出了名的大美女HRWa+qE,L.J~4gby#(。

1.Shakur said the best results were reported when the drug was given to women as soon as possible after childbirth.

2.But in Africa and Asia, about 10 percent of women will end up with severe bleeding."

If they take this game lightly they could end up with egg on their faces.
如果他们对这场比赛掉以轻心，结果很可能会出丑KfemptZr(th。
The weakest students can end up with a negative score.
最差的学生可能会以负分收场&#ZOGMZSRn*Al0)。 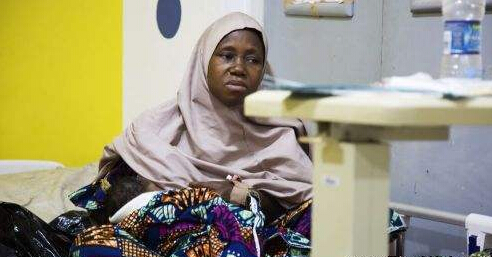