US Drops Effort to Force Twitter to Reveal Anti-Trump Account
The U.S. government has ended its effort to force Twitter to identify who is behind an account critical of President Donald Trump.
After the announcement, Twitter said it has cancelled a lawsuit against the U.S. government. Twitter had been planning to claim that federal officials did not have the power to force it to reveal the account owners.
The Department of Homeland Security and U.S. Customs and Border Protection had sought the identity of the users of the Twitter account @ALT_USCIS
The account describes itself as "immigration resistance." In February, its creators told the Associated Press news agency that they are current and former employees of U.S. Citizenship and Immigration Services (USCIS), that is a part of the Department of Homeland Security.
Almost 9,000 messages have been sent by the account since it was created in January, the month Trump took office.
It is one of several accounts that reportedly have been created by former or current federal employees who oppose Trump.
It is not known why the government cancelled its effort to identify the creator or creators of the Twitter account. And it is not known if the government has also ended its own investigation into who is operating the account.
The American Civil Liberties Union called the government's decision to withdraw its request a "big victory for free speech and the right to dissent."
Friday, the account tweeted: "We want to thank @twitter and @aclu for standing up for the right of free anonymous speech. Thank you resistance for standing up for us."
News reports about the account have helped it sharply increase the number of people who are following it. @ALT_USCIS now has more than 192,000 followers.

The workers are standing up for higher wages and better conditions.
工人们正在坚持争取提高工资和改善生活条件gCDy,D--!o。

Many experts in constitutional law have warned that the rule violates the right to free speech.
很多宪法专家已警告说，该条例违反了言论自由权Yx1iC^Tl]%gyS。

The shutdown lasted 16 days and affected hundreds of thousands of federal employees.
长达16天的政府关门风波影响了成千上万的联邦雇员L@+lAy^JE.#1r。

We could sharply increase the reliability of their network and reduce blackouts.
我们能极大地提高他们的电网的稳定性，减少停电事故CfO.0S-[NWe,Y9bb。

1.Almost 9,000 messages have been sent by the account since it was created in January, the month Trump took office.

By the time I took office, the war in Afghanistan had entered its seventh year.
在我上任的时候，阿富汗战争已经进入了第七个年头W#2T,di3P9r;*0uxktp。
My aim when I took office was to make sure our resources were used responsibly and effectively.
我就职时的目的是保证负责和有效地使用我们的资源]^|NWo7[uO)gn3~tJqO。

2.Twitter had been planning to claim that federal officials did not have the power to force it to reveal the account owners.

have the power to 拥有...的权力 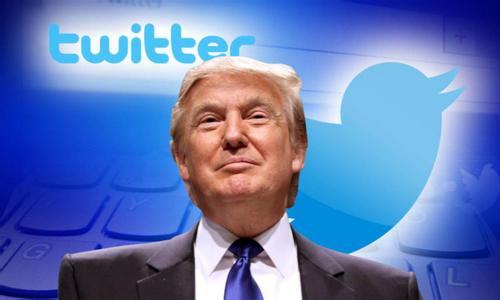