Global Outrage over Video of Man Pulled from Plane
This is What's Trending Today.
Airline passengers around the world were upset when videos of a man being dragged off a United Airlines flight came out on Sunday night. The videos showed blood on the man's face after his confrontation with the police.
The airplane was completely full, but four airline employees still needed to get on the flight from Chicago to Louisville, Kentucky.
So, the airline asked passengers to give up their seats in return for money and the chance to take another flight the next day. It is a common practice for airlines when they do not have enough available seats on a flight.
No one volunteered. So the airline said it would make a selection itself.
Three people decided to leave the plane without a problem after being told they had been chosen.
But one man resisted. The newspaper in Louisville reported Tuesday his name is David Dao.
Passengers say Dao told the airline crew he was a doctor and had patients to see on Monday.
Dao is 69. He has been practicing medicine in the U.S. since the 1970s.
Some passengers said Dao said he thought he was chosen to leave the plane because he was Chinese. A different news report and another passenger said the man was originally from Vietnam.
Airline employees asked police to help remove the man from his seat.
Videos of the incident quickly showed up on Twitter and Facebook. They showed Dao being dragged off the plane. Other videos recorded later showed him back on the plane with blood on his face, saying, "I want to go home."
Eventually, Dao was removed from the plane and treated for his injuries. The flight was delayed for two hours as all the passengers had to leave the plane and get back on.
But as the news of the uncomfortable situation spread around the world, many people in China said they thought Dao had been chosen because he was Asian.
The Chinese social media site Sina Weibo was filled with comments about the incident. The New York Times reports one story had almost 300 million views and over 150,000 comments.
Readers said they thought the man was chosen because the airline thought, "Asian-Americans are always obedient."
Other readers said the United States always challenges civil rights abuses in other countries. They wondered why United Airlines thought it could treat a passenger that way.
Many others said Asian people should boycott United Airlines.
United is one of the busiest U.S.-based airlines in Asia. There are almost 100 flights per week to China and Hong Kong. A boycott could cause financial problems for the airline.
Joe Wong is a Chinese-American comedian who called for a boycott. He used Sina Weibo to write that many Chinese people are afraid to speak about discrimination. He said that keeps media and authorities from taking complaints of discrimination against Asians seriously.
The Chinese website Global Times reported a popular social media post in China showed a photo of a United Airlines airplane. The caption read: "If we cannot beat our competitors, we will beat our customers."
And that's What's Trending Today.
I'm Kelly Jean Kelly.

Why did you drag me off to Beijing! I wanted to go to Xinjiang.
你为什么把我硬拽到北京来，我想去新疆^Tpv,51]QJ^oMu|jG。

We have all witnessed the power of social media.
我们见证了社交媒体的实力_YtduNP=ESpEuP3m_ACh。

I could never speak about anything but business to Ivan.
除了生意，我和伊万没什么可谈的5TX_T9-Y995vqWnOaLlM。

Some executive members have called for his resignation.
一些执行委员会成员要求他辞职KfTq0|98_j2C&&rH!r。

The official showed up to tell her to turn in her library books.
那名管理人员出面让她返还所借图书馆的书3hqV-xnS9~m。
She just showed up and then left.
她打了个照面儿就走了wvRuVA(YaiQ36Q。 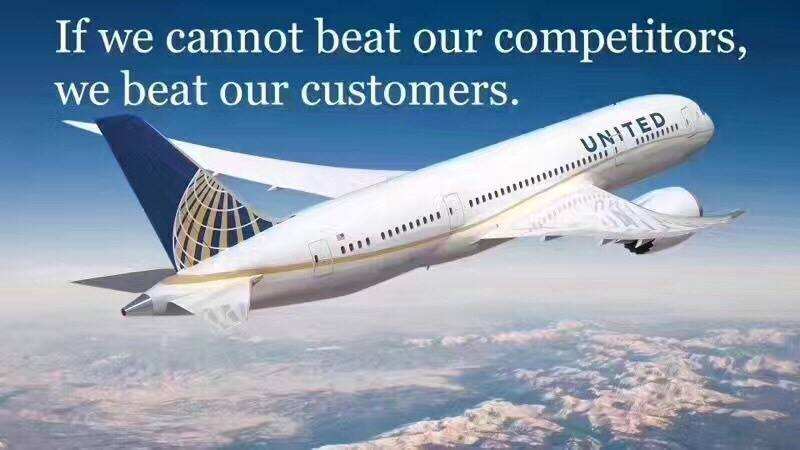