Iguana Becomes Star of Tennis Match in Miami
This is What's Trending Today.
A first-round tennis match at the Miami Open in Florida was delayed on Wednesday due to a surprise visitor.
Jiri Vesely from the Czech Republic was playing against Tommy Haas of Germany when he noticed an iguana. The large lizard seemed to enjoy his view from the top of the scoreboard at courtside.
Vesely asked the umpire to stop play and try to remove the iguana.
The umpire told Vesely he would not stop the match unless the iguana ran onto the playing surface.
He said "If it's like that, on the scoreboard, I don't think it's going to bother you, Jiri."
Vesely disagreed.
The umpire said: "forget about it, it's not a dangerous animal."
During their conversation, Haas, a former second-ranked player in the world, went over to the iguana and took a selfie.
The fans cheered.
The television commentator said: "you do not see this very often."
Haas received a lot of comments about his photo on Instagram. One person wrote: "Man, I'm going to hate it when you are truly done playing."
The iguana did become a distraction, after all.
People who work at the tennis stadium tried to catch the iguana by the tail, and by throwing a towel over it, but that did not work.
The iguana ran across the court to the other side, and climbed onto the scoreboard.
"It's scampering everywhere," said the commentator. "You don't expect to see this!" he added.
Everyone kept laughing and cheering. The iguana was finally captured and taken outside the stadium.
Vesely recovered from the distraction and won the match.
The 38-year-old Haas said maybe the iguana got the message that it might be the last time he would be playing in the Miami Open.
"He wanted to say ‘hi' and take a peek or something," Haas said.
And that's What's Trending Today.
I'm Dan Friedell.

Elizabeth Neufeld even asked for her purse so she could take a selfie while still in the car.
伊丽莎白纽菲尔德甚至要求把她的手提包给她，这样她就能在还在车里的时候自拍+S)SuA(F#50oDYc9。

The teams have that extra bite when they are playing against their neighbours.
这几支队伍与其邻近地区队伍交手时锐气更盛ucDt8i5~_L=6Ldh#1D。

Unfortunately, due to unforeseen circumstances, this year's show has been cancelled
遗憾的是，由于一些意外情况，今年的演出被取消了.wn+3PTJK!C+。

I accepted a challenge to a tennis match.
我接受了网球赛的挑战Ie26zS[jfW。

1.The umpire said: "forget about it, it's not a dangerous animal."

I have written down this arrangement in my notebook so will not forget about it.
我已经将这个安排记录在我的记事本上了，一定不会忘记O~FMx3yNjJ2TqV。
You took advantage of me, and now you want to forget about it.
你对我很好，而你现在想忘了这个#7uI5FR[5XMS.bF@-。

Then I'll take a peek at it.
那我会偷瞄上一眼;rW9+v8&=eW9lspBF。
Here, a company representative let some party guests take a peek under the hood.
在这里，让一些公司的代表参加党的嘉宾引擎盖下偷看U]XChUV71@cbTXZp-3。 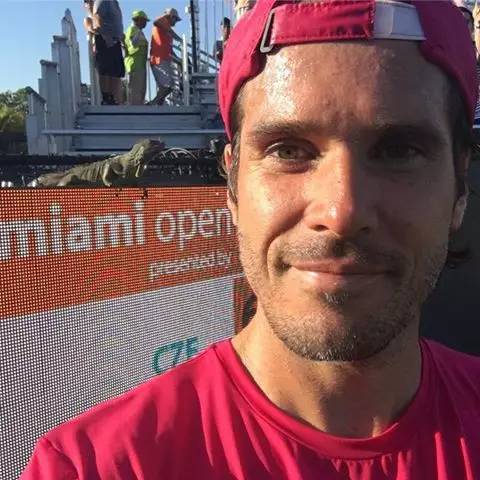