South Korean President Forced from Office
The South Korean Constitutional Court has removed President Park Geun-hye from office.
All eight members of the court agreed with a National Assembly measure calling for her removal.
The eight worked to rule on the case by Friday before term limits reduced the normally nine-member court to seven justices.
The South Korean constitution requires at least six justices to agree on any impeachment vote by the National Assembly.
Chief Justice Park Han-chul was forced to leave the court in January when his term ended. Monday will be the last day of Acting Chief Justice Lee Jung-mi's term.
Constitutional court's ruling
Lee read the ruling from the court's offices in Seoul on Friday. She said Park's "acts of violating the Constitution and law are a betrayal of the public trust."
The court also criticized Park for being uncooperative and evasive in the investigations. It said she tried to stop the legislature from acting as a "check and balance" on presidential powers.
The court said Park worked with a close friend to pressure large Korean companies to donate nearly $70 million to two organizations. Government lawyers had also accused the friend, Choi Soon-sil, of sending some of the money to businesses that she and her friends owned.
"These violations undermine the rule of law and a representative democracy," said the acting chief justice.
Government lawyers studied reports that people close to the president were using her office to raise millions of dollars. Park has repeatedly denied the charges against her.
Until the reports of corruption appeared, many South Koreans believed she was a strong and honest leader.
Protests near the court house
Two people died in protests near the court building after the ruling was announced. Thousands of Park supporters and opponents held competing demonstrations in the area. More than 21,000 police officers were sent there to prevent clashes between the groups.
The constitution requires Acting President and Prime Minister Hwang Kyo-ahn to set a date for a new presidential election. The vote is to be held within 60 days.
U.S. reaction to the ruling
In Washington, State Department spokesman Mark Toner released a statement after the court's ruling. It said the United States "will continue to work with Prime Minister Hwang for the remainder of his tenure as acting president, and we look forward to a productive relationship with whomsoever the people of South Korea elect to be the next president."
The statement said the United States will continue to be a "steadfast ally, friend and partner" to South Korea, "especially with respect to defending against the threat from North Korea."
The South Korean military has been watching North Korea closely since the impeachment vote to guard against North Korean interference in the South's politics.
Park's family in South Korean politics
The 64-year-old Park was the country's first female head of state. She is now the first democratically elected South Korean president to be removed from office.
Park had been part of the nation's political community since she was a child. She is the daughter of former president Park Chung-hee, who ruled from 1961 to 1979.
She helped her father for five years after her mother, who was well-liked in South Korea, was shot to death by a North Korean agent. The killer was aiming for the president.
Park Chung-hee was killed by the head of South Korea's intelligence agency in 1979.
Before becoming president, Park Guen-hye served five terms as a lawmaker. She campaigned unsuccessfully for president before winning election to a five year term.
In December, 234 members of the 300-seat National Assembly voted to impeach her.
Park said any actions she took were to benefit the country. She said she has never personally benefited from her time in office. She apologized publicly three times for not knowing that people close to her may have been involved in some wrongdoing.
While in office, she could not be tried on criminal charges. Earlier this week, a special prosecutor was named to investigate the charges of corruption.
I'm Mario Ritter.

The court will rule on the matter.
法院将对此事作出裁定YLrW*I^paz.。

They are hoping that once in office he can be persuaded to moderate his views.
他们希望等他一上台，可以说服他观点别那么激进-1S1U1+cEbr。

Well-liked people supply a lot of value to a professional culture.
人缘好的人给企业文化注入了许多价值6RmLQy[TPO8+r。

The armed forces were on high alert to guard against any retaliation.
武装部队保持高度戒备，以防发生任何报复行动9i;QQ4_*I9H6-S~5J9qQ。

He had worked with the General for three years and was sorry to see him go
他与将军共事了3年，看他离去觉得很难过CcdF8@=SUbAb1~。
I first worked with him in 1971 when we were both on the lowest rung of our careers
我第一次和他共事是在1971年，那时我们的事业都刚刚起步rIO^,CT;g7Dm;5。

2.The statement said the United States will continue to be a "steadfast ally, friend and partner" to South Korea, "especially with respect to defending against the threat from North Korea."

Methods of defending against limited war create dangers of their own.
防御有限核战争的办法，本身便带来了危险th%;|0eb4(*4-vL=U。
He decided on a rematch with Muhammad Ali rather than defending against Ken norton.
他决定跟穆罕默德阿里再次对阵，而不跟肯诺顿进行卫冕赛!|EPAox_4=eShuD。 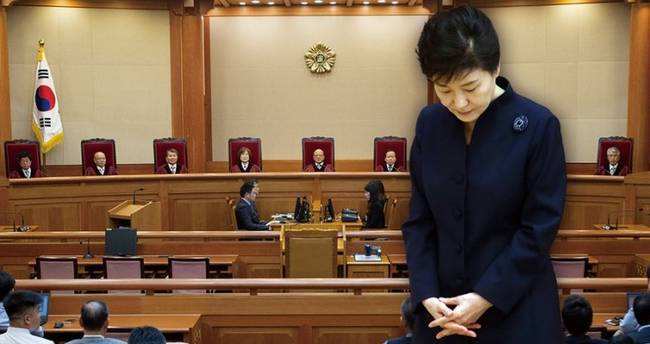