'America's Library' to Expand Access to Collections
The Library of Congress is using technology to make its collections available to people across the United States and around the world.
The library is the main research center of the United States Congress. It has books, recordings, photographs and newspapers.
The library also has maps, sheet music and even baseball cards among its collections. It is the largest library in the world.
Five months ago, President Barack Obama named Carla Hayden as Librarian of Congress. She is both the first woman and the first African-American to be appointed to the position.
Most who held the job before her were politicians or came from the world of education. But Hayden has worked as a librarian. She led a large library in Baltimore, Maryland. Before that, she served as chief librarian for the public library in Chicago, Illinois. She was also president of the American Library Association.
The Library of Congress has been criticized in recent years for a lack of leadership and for being slow to accept new technologies.
The library was created more than 200 years ago as a place where members of Congress could find information. Its workers also provide research for U.S. lawmakers and their aides.
Today, the Library of Congress is considered America's library. It has more than 160 million items. They include more than 30 million books and print materials from around the world in more than 450 languages.
The library also has a Gutenberg Bible produced in the 1400s, and the world's largest comic book collection. Hayden says the library adds at least 10,000 items to its collections every work day.
The general public can see materials in the library's reading rooms, but is not permitted to take them off the grounds. Hayden wants to change that by making them available online and through other technologies.
Hayden says she wants the library "to open its arms to people around the world, to let people know it is available to them."
"We have things on our website that bring the collections to people wherever they are. They can download materials. They can participate -- and we just added, this is pretty exciting, a 3D virtual reality tour where you can put the goggles on and you can physically tour the buildings."
Hayden also wants the Library of Congress to make its materials available across the country through traveling demonstrations.
"Actually taking an 18-wheeler truck and loading it up with facsimiles -- sometimes there'll be electronic information and devices on those trucks -- and actually going into communities."
I'm Caty Weaver.

He lost the lease on his comic book store.
他那个漫画书店的租约到期了MYn3hfYb,cAc2Z08a。

One day virtual reality will revolutionize the entertainment industry.
有一天虚拟现实将使娱乐业发生革命性的变化G)yl]j29D8N~。

I taught myself the tune from the sheet music, just for him.
我从乐谱上自学了这首曲子，就为了他cqSpcIzYY]^+rw。

She ushered me into the front room, which served as her office.
她把我领进了她用作办公室的前厅[%[9FNEBC)OnSv+。

1.The Library of Congress has been criticized in recent years for a lack of leadership and for being slow to accept new technologies.

I was hampered by a lack of information.
我受到了信息不足的牵累d++d9DWLVEiz)a~)z!dX。
There is a lack of confidence in the government's ability to manage the economy
人民对该政府管理经济的能力缺乏信心cjhR@_X3rWwB#4。

2.The general public can see materials in the library's reading rooms, but is not permitted to take them off the grounds.

His economic mismanagement has lost him the support of the general public.
他对经济的管理不善使他失去了广大民众的支持cZ(Fj#a%0v&*%9&。
Avant-garde music to this day has not found general public acceptance.
先锋音乐时至今日都没有得到大众的广泛认可M~j3e0ZaV#Sg_e!TR。 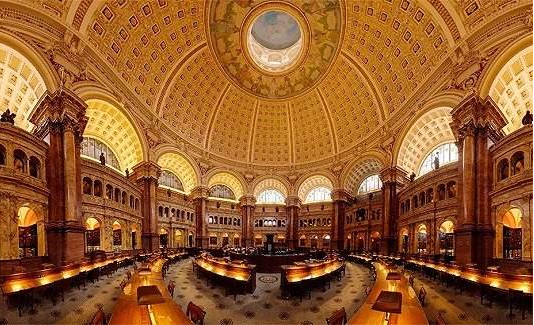