UN Calls for $2.1 Billion in Emergency Aid for Yemen
The United Nations has asked for $2.1 billion to help Yemen where millions of people are caught in a two-year-old civil war.
A Saudi Arabian-led coalition began bombing in the Middle Eastern country two years ago. The attacks are in support of the Yemeni government as it battles against a group of rebels called Houthis.
U.N. officials said the air strikes have destroyed bridges, major roads, entire neighborhoods and a port. This has left millions of people without electricity, safe water or food.
Stephen O'Brien is the under-secretary-general for humanitarian affairs and emergency relief coordinator for the U.N. He said 18.8 million people, or two-thirds of Yemen's population, need humanitarian aid.
"Immense human suffering is unfolding in front of our eyes...7.3 million people do not know where their next meal is coming from."
O'Brien noted that he was shocked at how thin and sick-looking many of the people were when he last visited Yemen a few months ago.
"Children and youth were stunted and severely malnourished, barely holding onto their lives. And that was five months ago. Since then, the situation in Yemen has just simply got worse."
The U.N. humanitarian chief warned that current humanitarian efforts are not enough. He said without immediate action, "famine is now a real possibility for 2017."
Jamie McGoldrick has been the U.N.'s humanitarian aid coordinator for Yemen since December 2015. He has watched the situation take place and says Yemeni people must make difficult choices to survive.
"And so what you have is people having to make life and death decisions. 'Do you feed your child or your children or do you pay for medical treatment for the sick child?' And that is a daily call for many families."
Historically, Yemen has been one of the poorest countries in the world. McGoldrick said the two-year-long civil war has weakened the country's communities. He said people had so little money they were unable to pay to travel to feeding centers or hospitals where they could find help.
The U.N. official said about 7,500 people have been killed and 40,000 injured since the war began. He added that these numbers cannot be confirmed because "people die at home and are buried before they are ever recorded."
I'm Jonathan Evans.

A total solar eclipse is due to take place some time tomorrow.
明天某个时刻会发生日全食#~PQSq-C%m!_f3(。

Medical care after all is an area in which crucial decisions — life and death decisionsmust be made.
毕竟，医疗保健属于必须做出至关重要，甚至生死决定的领域mE(|[zmr+#&txj|u。

The storm got worse and worse. Finally, I was obliged to abandon the car and continue on foot.
暴风雨愈发猛烈，我最终不得不弃车步行op8bMT.|%j5LL*%y3O3G。

1.The attacks are in support of the Yemeni government as it battles against a group of rebels called Houthis.

They are raising a fund in support of this good cause.
他们正在为赞助这一有益的事业而集资4ns~x2j=%Gh6;JH7。
Another union has voted for industrial action in support of a pay claim.
另一个工会已经投票赞成采取要求加薪的劳工行动nU6Cfh.nI;=0d。

The government drove the guerrillas off with infantry and air strikes.
政府用步兵和空袭击退了游击队~kaX2&6We#L!+。
A senior defence official said last night that they would continue the air strikes.
一位高级国防官员昨晚说他们将继续实施空中打击Y&Fe,f,[mzvO0mMt0。 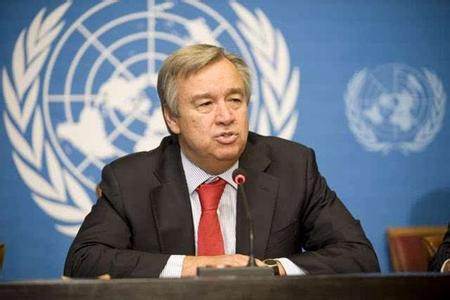