Poor in US Worried About Loss of ObamaCare
Dr. Monica Vohra says her patients are often worried when they come to see her at a free medical center in Washington, D.C.
But she says their worries have increased recently.
Most of Dr. Vohra's patients are low-income, members of minority groups and are mainly immigrants to the United States.
"I think the language that's out there has been disturbing. Some of it has re-traumatized some of our folks who have been traumatized by previous policies. There's a sense of feeling unsafe and insecure."
Dr. Vohra says many of her patients are worried that they will lose their health insurance if they received coverage through the Affordable Care Act. That law is often called ObamaCare.
She says critical statements by President Donald Trump about ObamaCare make her patients worry they will lose their insurance.
"It's definitely something that is on our minds," she says. "We encourage people to get insurance every day, and in the back of my mind I am thinking, ‘What if this is not an option soon?'"
Trump and the Republican-majority Congress say they plan to cancel ObamaCare and replace it. The new program will give, in the president's words, "great health care for less money."
Many poor Americans are waiting to see how any new program will affect them.
Brian Nabinett is one of them. He has lived in Washington, D.C. for many years. VOA spoke with him at Bread for the City, a non-profit organization that gives food, clothing and legal and medical services to about 10,000 people every month.
Nabinett says the organization is "one of the beautiful places in D.C. It helps a lot of people here. If I need counseling or food, I can always come here."
Some volunteers at Bread for the City are not sure how the new administration's planned changes will affect poor people.
Patrice Ali is one of those volunteers. She got food and clothing from Bread for the City when she was jobless.
She told VOA that she is concerned about the situation of the poor and what services they will be offered. She said programs like Obamacare and Medicaid, a government health program for children and the poor, are very important.
Ali believes few political leaders understand what is happening in the country. She says that in recent years she has seen an increase in the difference in income between poor people and others.
"Since I've been in my 20s, I have noticed that the gap has increasingly gotten larger, no matter who is actually in that position of power or authority to run this particular country."
York, Pennsylvania is about 160 kilometers to the north of Washington. At the York County Food Bank, Grace Geltrude is getting food and other items that she says help her family survive.
"It is very important because (the) cost of living goes up all the time," she says. "We have a 3-year-old in the home. There used to be 13 people in the house at one time."
The food bank gives food to churches and other groups that help poor families in southern Pennsylvania.
Debbie Krout-Althoff is the director of development at the food bank. She says 680 kilograms of food are given on Fridays alone.
"I think it's an eye-opening experience when you come back from lunch and you see people outside of our building lined up for blocks to receive the food in all kinds of weather. We kinda go through life with blinders."
She says some low-income people in the county are worried about whether they will lose their medical insurance. But she says they are most concerned about survival -- "how they are going to feed their family, how are they going to pay their bills."
Geltrude says she has depended on the food bank, aid and a local health insurance program for help.
"I could not afford the insurance any other way, with the bills and all, taking care of a vehicle. I mean, it does get costly. And without some of these programs, people are struggling."
The struggles of Geltrude and others like her are issues lawmakers will consider as they make changes to health care policies in the future.
I'm Jonathan Evans.

Free medical service is available to every citizen in this country.
这个国家每个公民都可以享受免费医疗lBB-VmeoM]。

In effect, growth is contingent on improved incomes for the mass of the low-income population.
事实上，发展有赖于大量低收入人群收入的增长6]8*4hL@-#YnfzH6。

Health insurance costs are eating up his income.
医疗保险费用花掉了他大量的收入K!USf93dU-sgAM8M。6!_^DU&XX8npsP%,ow,5。

Our proposal tries to accommodate the special needs of minority groups.
我们的提案尽量照顾到少数群体的特殊需要P|=+resq)qz^!。

1."I think it's an eye-opening experience when you come back from lunch and you see people outside of our building lined up for blocks to receive the food in all kinds of weather.

That's a really eye-opening experience.
那真是一个另人大开眼界的经验VP@zQBLJ4z)Q@dL。
The talk you have may be eye-opening with regard to your present situation.
对于现在的你，你的说话会让你自己都眼界大开7ZXg8EOcX8b[Yb。

At one time 400 men, women and children lived in the village.
曾经有400个男人、女人和孩子居住在村子里FUTpp7Hf]ftm(*.Ke。
All of these industries have at one time or another been linked to cancer.
所有这些产业都曾在不同时期与癌症有过联系8pcMLP.n6OkdFmX|C2。 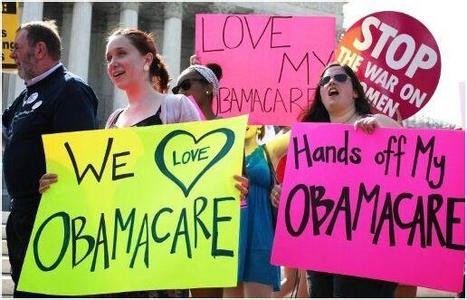