Trump Says He Now Believes Russia Was Behind Election Hacking
U.S. President-elect Donald Trump now says he believes Russia was involved in cyberattacks during the presidential election.
It was the first time Trump has admitted Russian involvement in hacking computers of the Democratic National Committee. In the past, he refused to publicly accept U.S. intelligence community findings that Russia was involved in election hacking.
Trump's comments came Wednesday during his first press conference since the election.
"As far as hacking, I think it was Russia," Trump said. Top U.S. intelligence officials have said they believe Russian President Vladimir Putin knew about and approved the cyberattacks.
Trump was asked in the press conference if he had any message for the Russian leader in response to the hacking.
"He shouldn't be doing it. He won't be doing it. Russia will have much greater respect for our country when I'm leading it, than when other people have led it. You will see that."
U.S. intelligence agencies have suggested that Putin might have engaged in hacking as a way to help Trump win the election. Much of the information released by the hacks turned out to be embarrassing to the Democratic Party and Hillary Clinton.
But Trump said the Republican National Committee also became aware of attempts to hack into its organization. He said possible attacks were stopped by putting security measures in place.
Speaking about future relations with Russia, Trump told reporters he does not think it is a bad thing if Putin actually likes him.
"If Putin likes Donald Trump, guess what folks, that's called an asset, not a liability."
Trump added that cyberattacks from outside the United States were not only coming from Russia. He said China is also involved, along with other nations. Trump said he has asked his top national security officials to complete within 90 days a major report on ways the government can prevent hacking.
Trump denounced news reports that Russia is holding onto secret personal and financial information that could embarrass him. The reports also alleged that his campaign had made contact with Russian intelligence officials.
"I think it's a disgrace," Trump said. "It's all fake news."
The unproven information in the news reports was reportedly included in a secret U.S. intelligence report on Russian influence in the election. Copies of that report were given last week to Trump, President Barack Obama and leaders of Congress.
Trump's business interests
During the press conference, Trump also announced how he planned to deal with his business interests during his presidency. The president-elect has promised that his business activities would not pose a conflict of interest while he serves as president.
One of his lawyers explained that Trump had decided to give up control of his company to his two sons and another executive. His business assets will be put into a trust and Trump will take other steps to keep separate from his businesses, the lawyer said.
Trump was asked whether he is backing away from his pledge to have Mexico pay for a wall along the southern U.S. border. He said, "Mexico will pay for the wall" by reimbursing the United States.
On his pledge to get rid of the Affordable Care Act signed into law by President Obama, Trump promised to quickly replace it. He said his goal was to have a new, better health care law in place when the current law, often called "Obamacare," is ended.
When asked about the Supreme Court, Trump said he will likely name his choice to replace Justice Antonin Scalia within two weeks of the inauguration.
I'm Ashley Thompson.

Neither of the front-runners in the presidential election is a mainstream politician.
总统选举中的两位领先者都不是主流政治家nk%8|][Qlk~cHB,。

She gave her reaction to his release at a press conference.
她在记者招待会上对他被释放作出了回应4qQgxln&U95#=B7。

He's backing away from the policies and style of his predecessor
他正脱离其前任的政策和风格N()iqkyOT.。

He came along with some friends.
他和几个朋友一道来的iF6+d6R5#_Vd3RLX5J。

1."As far as hacking, I think it was Russia," Trump said.

As far as I'm concerned the officials incited the fight.
在我看来，是官员们煽动了这场争斗Rr3_Bu;~BadmVDMwE。
It only lasted a couple of years, as far as I know.
据我所知，它仅仅维持了两三年Y[h*;JsJ,*l1tG&N。

2.On his pledge to get rid of the Affordable Care Act signed into law by President Obama, Trump promised to quickly replace it.

There's corruption, and we're going to get rid of it.
存在贪污腐败现象，我们将予以清除Gyff#0be54|=。
I would be glad to get rid of them myself. But that is not our concern.
如果能亲自动手摆脱他们我会非常高兴，但那不是我们的分内之事z&D4o3&vENql)。 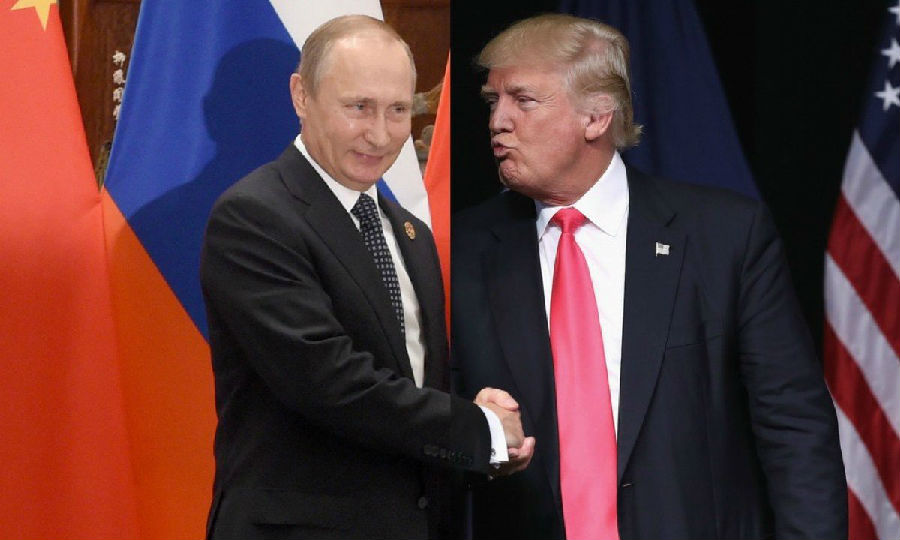