Trump Appoints Son-in-Law as Top Adviser
American President-elect Donald Trump has appointed his son-in-law Jared Kushner to a high-level position in his administration.
Trump asked Kushner to serve as a senior adviser to the president.
Unlike cabinet positions, the job of adviser does not require approval of the United States Senate.
Six members of Congress are questioning Kushner's appointment. All six belong to the Democratic Party.
The lawmakers wrote a letter to Attorney General Loretta Lynch and the U.S. Office of Government Ethics. They noted that a 1967 law bars a public official from appointing a family member to the same agency in which the official serves. They also asked the Justice Department and ethics officials to investigate possible conflicts of interest.
Jared Kushner is married to Donald Trump's daughter Ivanka.
Lawyer Jamie Gorelick is advising Kushner on legal issues. She said the law does not affect the president because the White House does not fall under the definition of an agency.
The lawyer also said that Kushner plans to sell all his foreign investments and his financial interests in an investment company and an office building in New York. He also will resign as head of Kushner Companies and as the publisher of The New York Observer newspaper before working for the Trump administration.
The six lawmakers questioned Gorelick's statement that Kushner would remove himself from decisions involving his remaining financial interests after leaving his companies. They said he would still have investments that could be affected by government policy that he influences.
Aides to Donald Trump said that, as a presidential adviser, Kushner will work mainly on issues involving trade and the Middle East. They said he will work closely with Chief of Staff Reince Priebus and Chief Strategist Stephen Bannon.
Legal experts are offering differing opinions about whether the appointment of Trump's son-in-law violates the 50-year-old law.
Kathleen Clark is a law professor at Washington University in Saint Louis, Missouri. She said her understanding of the law is that it does affect the president.
"Congress didn't in this law carve out an exception for the White House," Clark told the Associated Press. She said it governs the presidency, the legislature, the courts and the District of Columbia government.
But Indiana University professor Gerald Magliocca said he did not think the law could be used to restrict the president's team without risking constitutional problems.
"It's hard to see why Congress has the authority to limit presidential staff members," he said.
I'm Caty Weaver.

She ceded all power to her son-in-law who now runs the country as an autocracy.
她把权力全部交给自己的女婿，他现在对国家实行独裁统治A0vX_d7IteQ)YX~5qE0。

This is a high-level management position reporting to the General Manager directly.
此为高级管理职位，向总经理直接汇报-D5X^VFEV.Y。

He announced his resignation as gorbachev's senior adviser.
他宣布辞去作为戈尔巴乔夫高级顾问的职务i;PNwHbdqhNtRLD@0.n。

The Ambassador said he hoped the statement would serve as a wake-up call to the government.
大使说，他希望这一声明能给政府敲响警钟T8nbJ4U#Pl+bKqT6。

1.Aides to Donald Trump said that, as a presidential adviser, Kushner will work mainly on issues involving trade and the Middle East.

The Middle East is the world's single most important source of oil.
中东是世界上最为重要的一个产油地,qn8(M6;_We。
This message caused perturbation in the Middle East Headquarters.
这则消息在中东总部引起了不安6ir~dN!4!~w=Q。

2."Congress didn't in this law carve out an exception for the White House," Clark told the Associated Press.

Camille used a hammer and chisel to carve out a figure from the marble.
卡米尔用锤子和凿子将大理石雕刻出一个人像h2*(sZ-LsRA=gu-4ZS。
I can carve out time to take my son to the zoo or play basketball with him.
我能抽出一些时间领儿子去动物园或，和他一起玩玩篮球KZf,DG+k^diW-Kwo65PF。 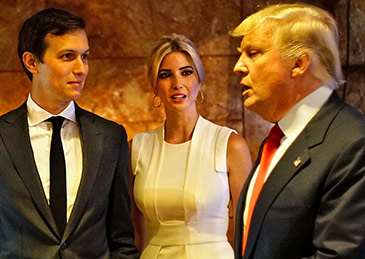