German Police Free First Suspect in Berlin Truck Attack
German police have released a man they arrested shortly after a deadly truck attack on a Christmas market in Berlin.
Officials said there was not enough evidence to link the suspect to the attack Monday that killed 12 people and injured nearly 50.
The truck crashed into the holiday market and continued for about 60 meters before coming to a stop. Witnesses said they saw a man fleeing from the truck after the attack.
Police said the suspect matched descriptions of the man running away. But they said earlier Tuesday they were not sure if the man arrested was actually the attacker.
Interior Minister Thomas de Maiziere said the suspect was a Pakistani citizen. He entered Germany as a migrant on December 31 last year and arrived in Berlin in February.
The head of Germany's Federal Criminal Police force said the man denied involvement in the attack. Officials said they were working with "limited" evidence.
Police said they had not yet found a weapon believed to have been used to kill the driver of the truck before it was stolen. The owner of the truck said he believed the vehicle may have been hijacked. The Polish driver of the truck was found dead in the vehicle's passenger seat.
German officials said the investigation is ongoing and have warned the public that the suspect has not been caught. They urged people to watch out for and report suspicious movements or behavior.
German Chancellor Angela Merkel said officials have to assume that Monday's truck attack on the Christmas market was an "act of terrorism."
Interior Minister de Maiziere also said there was "no doubt" the driver intentionally hit the popular market.
Merkel and other senior German officials went to the area of the attack Tuesday. They spoke with police officers at the market and left flowers to honor the victims. Later, Merkel and German President Joachim Gauck also attended a memorial service at the church nearby.
On Tuesday, the terror group Islamic State said the person who carried out the attack did so "in response to calls" for violence targeting citizens of what it called "Crusader" nations.
The attack came less than a month after the U.S. State Department warned that extremist groups - including Islamic State and al-Qaida - might carry out holiday attacks in Europe. IS and al-Qaida have both called on followers to use trucks to attack crowds.
Monday's truck attack was similar to one that took place on July 14 in southern France. In that case, a truck crashed into a celebration in the French city of Nice, killing 86 people on France's Bastille Day holiday.
IS claimed responsibility for that attack, which was carried out by a Tunisian national living in France.
I'm Bryan Lynn.

1.in response to 响应

The meeting was called in response to a request from Venezuela.
应委内瑞拉的要求召开了这次会议8W6Jg0J0h*ZGVx#^D*。

The truck crashed into a telegraph pole
卡车撞到了电线杆上1Fd+6cQQ#OGL=)J8。

Another dust-up took place in the teahouse.
茶馆里又发生了一场打斗%Rsy@eorOkoB7y^。

Forensic experts carried out a painstaking search of the debris.
法医专家对残骸进行了极其仔细的搜索XdtnwQ5v828YP]qGS0。

1.Police said the suspect matched descriptions of the man running away.

I ran away from home when I was sixteen.
我16岁的时候离家出走了WIwY@Wr&([-S。
She ran away with a man called McTavish last year.
去年，她和一个叫麦克塔维什的男人私奔了(m2lfN~IMwqneJRkJ。

2.They urged people to watch out for and report suspicious movements or behavior. 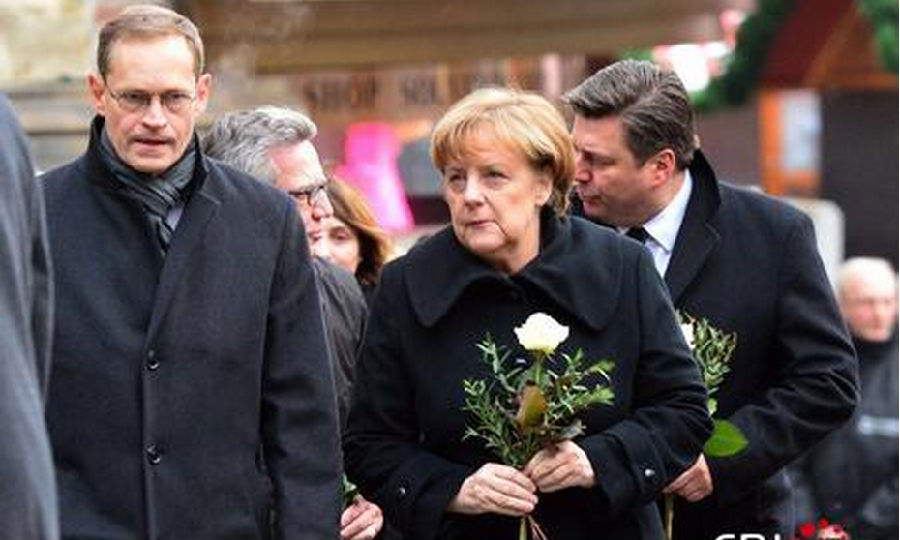