11 people have been arrested in Morocco in connection with the killing of a fish seller. The suspects who include 2 policemen and 3 other officials are accused of man slaughter and forging documents. Mouhcine Fikri was crushed to death in a rubbish truck on Friday as he tried to retrieve fish confiscated by the police. His death prompted widespread public protests. So have these arrests gone some way to defusing that anger? A question for our reporter who’s been covering the story from Tunisia.
Well, I think authorities certainly hope that it will absorb some of the anger that we’ve seen on display in the last couple of days. 11 arrests that include 5 local officials is no insignificant task when it comes to how the Moroccan authorities usually deal with cases of this kind. So overall, what we have seen so far is that people are reacting well towards these arrests. 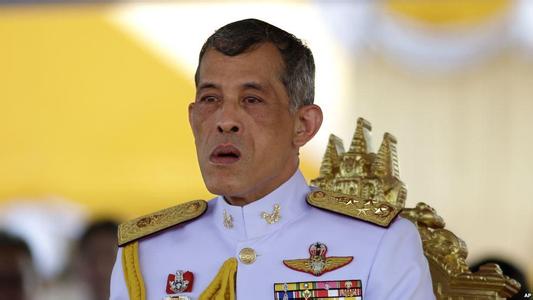 Just take us back a little bit and explain how significant the protests were.
Well, they were very significant particularly on the weekend, or on Sunday during the funeral procession. A lot of people came out and there’re thousands marching, not just in Hoceima and the north of the country but also across several cities in Morocco and it reached the capital Rabat which is why I suppose the alarm bells were raised by the state and they felt that they needed to take some kind of significant step to placate that anger.
The unexpected delay in anointing a new monarch in Thailand following the death of King Bhumibol last month gave rise to a fair deal of speculation. Now the BBC has been told that his son will be confirmed as the new king at the beginning of December. This report from Jonathan Head in Bangkok.
Although crown prince Vajiralongkorn is the undisputed heir, in the past high ranking officials have expressed reservations about his capabilities. But the BBC has now had it confirmed from a senior political source that the crown prince will formally take the throne on the 1st of December although his coronation ceremony will not take place until after his late father’s cremation next year. He will start his rein under a heavy-headed military government which is likely to dictate Thailand’s political arrangements for several more years. One of his first tasks will be to endorse a controversial new constitute drafted by the military junta. He is also likely to start appointing his own advisors to senor positions in the palace hierarchy.
词汇学习

1. in connection with 与…有关，连同
例：The police have taken him in for questioning in connection with the murder of a girl.
警察把他带到警局讯问有关一个女孩被害案件的情况TBt3_bZU_S0oO=.。
2. crown prince 王储；皇太子
例：The crown prince was deposed.
太子被废黜了MIA5(oZ*NvQhR-z[C。
3. go some way to 在一定程度上
例：The results go some way to explaining why models and celebrities often appear just as attractive without make-up as they do when dolled up for the red carpet.
实验结果从某种程度上说明了为什么那些名人和模特不化妆时也能像她们精心打扮后走红毯时一样的魅力十足RiB-QWs(ZsFG。
4. take the throne 即位，登基
例：Because Japan does not allow women to take the throne, Sayako must leave the imperial family when she marries Kuroda, a childhood friend of her brother.
日本不允许女性继承王位，因此，纪宫公主嫁给黑田庆树后必须离开皇室，黑田庆树是她哥哥儿时的朋友g@yU+_0].1~M*ezX。
5. military junta 军事执政团
例：Leading members of the Burmese military junta are scheduled to meet in the coming week in Naypyidaw.
缅甸军政府领导成员计划于下周在内比都召开会议&CwdJWNvof@^5Kf。