Both the Syrian rebels and Russia say that the ceasefire has been agreed in Aleppo. The deal came as advancing Syrian government troops appeared poised to capture the remains of a rebel enclave in the east of the city. There are conflicting accounts as to what the truce agreement entails.

The U.N. Security Council has held an impassioned emergency debate on the crisis in Aleppo, in which the Secretary General, Ban Ki-moon, said scores of civilians had been killed. He said that pro-Syrian government forces had carried out summary executions with women and children among those shot.

Soldiers in the Gambia have taken control of the Election Commission headquarters in the capital, Banjul, as four visiting west African leaders urged President Yahya Jammeh to step down, after losing this month's election. Mr. Jammeh, at first, acknowledged that he had lost to the opposition candidate, Adama Barrow, but later changed his mind. 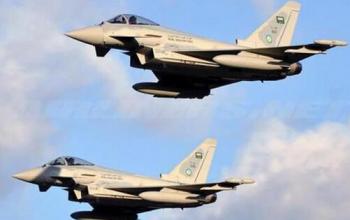 The United States has reportedly decided to limit supplies of armaments to Saudi Arabia, because of concern over the Saudi-led coalition's airstrikes in the war in Yemen. The Americans have been worried by the number of civilian casualties.

The Kremlin has praised the decision by the U.S. president-elect, Donald Trump, to nominate the Chief Executive of Exxonmobil, Rex Tillerson, as his secretary of state. The nomination is expected to face congressional opposition though, because of Mr. Tillerson's ties with President Putin.

The United States Transportation Department has proposed rules to require all new cars to carry technology which will enable them to communicate with each other. Officials say that it will reduce driver error, which causes more than 90% of traffic death.

And images from American spy satellites, which were taken at the height of the Cold War, have helped to illustrate the impact of climate change on the Himalayas. They show that the glaciers there are rapidly melting, losing around a quarter of a metre in height every year.

And that's the latest BBC News.

He gave a detailed account of what happened on the fateful night.
他详细描述了那个灾难性夜晚所发生的事xrG8sjr=t3&T)c8CMvu3。

The jury listened to his impassioned explication of article 306.
陪审团听取了他对第306条充满激情的阐述zmgq[c*JO@;FE#。

You have to acknowledge that we live in a racist society.
你得承认我们生活在一个有种族偏见的社会中=d)is7u8rxiPx-&.。

The public will be able to nominate candidates for awards such as the MBE.
公众将可以推荐诸如英帝国勋章之类的奖项的候选人T!*Fv8^6B1w2NV@0Z5。

Lavalais raised his glass to propose a toast to the newlyweds.
拉瓦雷举起酒杯，提议为新婚夫妇干杯=Dd%UHkYOR]~)pwm。

He quoted some old Chinese sayings to illustrate his points.
他援用了一些中国话来解释他的论点O!Xm*Thh5szQ2aL=eP%。

1.The deal came as advancing Syrian government troops appeared poised to capture the remains of a rebel enclave in the east of the city.

The company looks poised to make a significant breakthrough in China.
这家公司看来很有把握在中国取得重大突破W#6ToHT+;BY,。

2.There are conflicting accounts as to what the truce agreement entails.

Medical authorities were baffled, both as to its causes and its virulence.
医疗当局对其病因及有多致命都还不甚了解;GDb2+%,JxdjFd。