Germany’s Merkel Calls for Ban on Full-Face Covers
German Chancellor Angela Merkel has called for a ban on full-face veils worn by some Muslim women.
Merkel announced her position Tuesday at a conference of her Christian Democrat Union (CDU) in the central German city of Essen. Her comments were part of a speech she gave before her reelection as party leader.
"In communication between people, which is of course essential to our living together, we have to show our faces," Merkel said.
She said veils that fully cover the face should be banned "wherever legally possible." Merkel's CDU party has previously discussed banning them in schools, courts and other public buildings.
A small minority of Muslim women in Germany wear full-face veils.
In the past, Merkel has said she believes Muslims who completely cover their faces have little chance of fully mixing into German society.
Legal experts said it is unclear whether a veil ban would violate Germany's constitution.
Three European nations - France, Belgium and the Netherlands – already have bans on the face-covering veils.
Merkel recently announced she would seek a fourth term as chancellor in elections expected to be held in fall 2017. Her popularity has dropped since Germany decided to accept about one million refugees.
German public opinion studies show Merkel's CDU party is currently leading among voters. But even if the CDU wins, the Chancellor would likely have to form a coalition government with competing parties.
Germany Election: AfD member Alexander Gauland, left, and Leif-Erik Holm, center, top candidate of the AfD, celebrate at the gathering of the AfD (Alternative for Germany) party in Schwerin, Germany, Sunday, Sept. 4, 2016
"The 2017 election will be more difficult than any election before, at least since German reunification," Merkel said.
Merkel also faces strong opposition from the anti-immigration Alternative for Deutschland (AFD) party. The AFD has been critical of Muslim migrants entering Germany. The group recently said Islam is not compatible with Germany's constitution.
I'm Anne Ball.

We support the call for the enactment of a Bill of Rights.
我们支持要求通过《权利法案》的呼声fqLSXVUh]x。

He was overwhelmingly re-elected as party leader.
他以压倒性多数再度当选为该党领袖FW]t27(_hN32WS;g!。

Only a minority of the people supported the Revolution.
只有少数人支持这场革命j3Rk7a#LWKD0nRmyZQn.。

Congress as an institution scores low in public opinion polls.
作为一个公共机构，国会在公众民意调查中得分很低,Stch1NYtm5b0F.3C*。
The aloof composer neither worried nor cared about public opinion.
这位超然的作曲家对舆论既不担心，也不在意=na2UtQvMC。

2.But even if the CDU wins, the Chancellor would likely have to form a coalition government with competing parties. 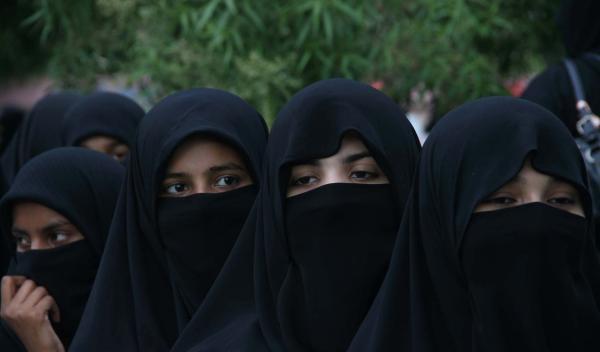