Trump Calls Millions of Votes 'Illegal'
This is What's Trending Today...
President-elect Donald Trump and former Secretary of State Hillary Clinton had their last debate before the presidential election on October 19.
The moderator of the debate, Chris Wallace, asked Trump if he would accept the results of the election.
In response, Trump said, "I will look at it at the time." Later in the conversation, he said, "I'll keep you in suspense, okay?"
Trump is now the president-elect. He is set to take office in January.
But officials have announced they will re-count the votes in some states. In response, Trump wrote on Twitter that "millions" of people voted illegally for his opponent.
Almost 50,000 people forwarded the tweet, and close to 150,000 more "liked" it.
News organizations and political analysts say no evidence supports Trump's claim.
One reason that people are still disputing the results is because of how presidents are elected in the United States. States – not voters – choose the president. The system is called the Electoral College.
In the 2016 election, Trump won enough states under the Electoral College system to beat Hillary Clinton, but he did not win the most votes overall.
Members of the Electoral College will meet on December 19.
The results were very close in three of the states Trump won -- Wisconsin, Michigan and Pennsylvania. Activists are raising money to request the votes there be re-counted.
If the results change, Trump risks losing the Electoral College and therefore the election.
This weekend, Trump said on Twitter that he won the Electoral College. He would have won the popular vote, too, he said, "if you deduct the millions of people who voted illegally."
Trump also claimed there were illegal votes in three of the states Clinton won: Virginia, New Hampshire and California. Trump asked, "Why isn't the media reporting on this?"
Alex Padilla is the secretary of state in California. He said Trump did not have evidence for his claim of illegal votes in California. Padilla added that Trump's tweets were "reckless" and "unbecoming" of a president-elect.
Others warned news organizations not to report Trump's comments without considering first whether they were true.
One social media user brought some humor into the debate, saying: "Trump won the popular vote 100-percent if you deduct the millions and millions of people who did not vote for him."
And that's What's Trending Today.

We have a new president-elect.
我们有了一个新当选的总统0A&75VMk7eY8M7。

A presidential election was scheduled for last December.
总统选举原计划在去年12月举行z70|f]8G%&#9ad。

We have all witnessed the power of social media.
我们见证了社交媒体的实力UFvJ*HwQazhbbPHR。

The meeting was called in response to a request from Venezuela.
应委内瑞拉的要求召开了这次会议8V@l_l4MS&399mq=。
His letter in response to her request had contained a firm refusal.
对于她的请求他在信中给予了坚决的回绝2lUQO|kJ6%~_n@Jji。

2.Later in the conversation, he said, "I'll keep you in suspense, okay?"

keep you in suspense 吊胃口；卖关子 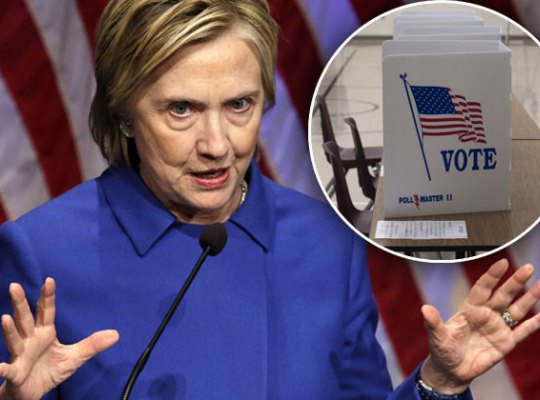