Report Shows Deaths by Selfie on the Rise
"Selfie," taking a picture of yourself to post on social media, became an official word in the Oxford dictionary in 2013. The idea seems simple, just pose and snap a photo of yourself with your cell phone camera. How difficult could that be?
But in 2014 a reported 15 people died while taking selfies. That number has risen each year since then. Thirty-nine deaths connected to selfies were reported in 2015. And, this year has seen more than 70 such deaths.
Researchers from universities in the U.S. and India have released findings from the first study of deaths due to selfies. The investigators examined the causes and characteristics of the deaths.
The researchers found that people who take selfies for sharing on social media often have narcissistic tendencies. The report says these people "use selfies as a form of self-identification and expression." They may take selfies in more dangerous settings because they seek greater attention.
These dangerous situations can lead to injury, and even death. The researchers define a selfie death as "death of an individual or a group of people that could have been avoided had the individual(s) not been taking a selfie."
One example of a dangerous selfie in the study involved bicycle races. People sometimes get on the track to take a picture of themselves with the racing bicycles behind them. Crashes and injuries have resulted. Another example described people standing on train tracks trying to get a selfie as a train moves toward them from behind.
The most common cause of selfie death was falling from high places. It caused 32 of the 172 deaths during the last two and one-half years.
Drowning was another common cause of death.
Other risk factors include transportation, such as taking a selfie while walking on train tracks or driving a car. Taking a selfie near electric lines also led to some of the deaths, as did selfies taken with weapons and wild animals.
India reported 76 selfie deaths, the most of the countries studied.
And it might be more dangerous to be a man with a smartphone. Although women take more selfies, males were far more likely to die during selfies. 75.5% of the reported deaths were of men.
About one-third of the 172 reported selfie deaths had a single death while 24 incidents involved the deaths of groups. Two of the incidents killed seven people each.
Staying Safe While Taking Selfies
Efforts are growing to prevent these deaths. The study says there are now 16 places in Mumbai, India established as "No Selfie Zones."
The Russian government also has started a "Safe Selfies" campaign to warn people about risky selfies.
The website Selfie to Die For asks visitors to take a promise not to risk their lives and the lives of others while taking selfies. The website also has tips for staying safe while taking selfies and gives examples of people who died from taking risky selfies.
Their Twitter account @selfietodiefor offers tips for staying safe while taking selfies and reports incidents of selfie deaths and injuries.
More Information
The full report is available at: Me, Myself and My Killfie: Characterizing and Preventing Selfie Deaths.
I'm John Russell.

We have all witnessed the power of social media.
我们见证了社交媒体的实力-D0Fvqq&pYTu!M5O。

A lack of prudence may lead to financial problems.
不够谨慎可能会导致财政上出现问题vEmgCrWkl12^V。

Each year they compete in a prominent statewide bicycle race.
每年他们都要参加著名的全州自行车大赛S58bTft*kidgN6N。

I am good on my train track.
我能很好地掌控我的火车轨道dNbKV~E9~c|[We5P,o]。

1.The website also has tips for staying safe while taking selfies and gives examples of people who died from taking risky selfies.

Six soldiers are reported to have died from their wounds.
据报道，有6名士兵因伤而亡Uvoyq!!&L+L^3pe!_P^。
Two of them died from apparently unrelated causes.
他们中的两个人死因明显不同sW;6Sibk]!^*g。

2.The report says these people "use selfies as a form of self-identification and expression."

Body consumption becomes an important way to construct self-identification.
身体消费成为一种建构自我认同的重要方式qXkQ&;ttVPD+w。
However, teachers of self-identification as a major factor in their career development.
然而教师对自我认同成为影响其职业发展主要的因素QY_+5w9yK4+UMk@I。 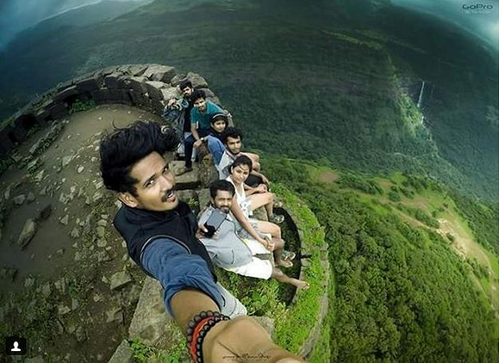