Facebook CEO Denies False News Influenced US Election
Facebook founder Mark Zuckerberg has denied that untrue stories appearing on the social media site affected the results of the American presidential election.
In a Facebook post, Zuckerberg said many people were questioning whether fake news had influenced the election results. He said he takes such questions seriously and that Facebook has a responsibility to try to prevent fake stories from spreading.
Last week, businessman Donald Trump became president-elect of the United States after defeating former Secretary of State Hillary Clinton.
The voting was very close. Many opinion surveys in the days before the election had predicted that Clinton would win.
Zuckerberg said that, of all the stories and other content posted on Facebook, about "99 percent" of what people see is real. "Only a very small amount is fake news and hoaxes. The hoaxes that do exist are not limited to one partisan view, or even to politics," he said.
The Facebook founder said this makes it "extremely unlikely" that fake news stories changed the election results in one direction or the other.
But he added that he doesn't want such stories to appear on Facebook. "Our goal is to show people the content they will find most meaningful, and people want accurate news," he said.
Zuckerberg also commented on the issue while attending a technology conference last week in California. He said he found it "a pretty crazy idea" that people would be influenced by fake news on Facebook.
"Voters make decisions based on their lived experiences," he said. "You don't generally go wrong when you trust that people understand what they care about and what's important to them, and you build systems that reflect that."
In his post, Zuckerberg said Facebook depends a lot on users to identify and inform the company about fake stories appearing in users' News Feeds. He said the service is working on new ways to prevent untrue news from spreading, but admitted that "identifying the ‘truth' is complicated."
He explained that some stories are clearly false. But others get part of a story right, and then add wrong details or leave out important facts. "I believe we must be extremely cautious about becoming arbiters of truth ourselves," Zuckerberg said.
Recently, Facebook teamed up with members of the First Draft Coalition to come up with ways to prevent fake news. The coalition includes companies such as The New York Times, Twitter and the broadcaster CNN. The group was formed to answer the growing number of fake news stories on social media sites.
Facebook has said it uses an algorithm, not human beings, to choose its "trending news." An algorithm is a series of steps used to complete a computer process or solve a mathematical problem. This method has been questioned because many untrue stories are still getting published.
Media experts say much of the fake news is posted to generate advertising, while other stories are designed to influence political opinion.
Zuckerberg was asked whether Facebook could have predicted the election results based on its large amount of user data.
Hedid not answer the question directly. But he did say that no one should be surprised that Donald Trump had more followers on Facebook than Hillary Clinton. He said this is because Trump's posts got a lot more engagement – both support and opposition – from Facebook users.
Overall, Zuckerberg said he is pleased that Facebook was able to connect people with each other and with their candidates during the campaign. He noted that the company helped more than 2 million people register to vote, and helped users share billions of posts and comments about the election.
I'm Ashley Thompson.

We have all witnessed the power of social media.
我们见证了社交媒体的实力e(81Iu2Z,tACfsu8jpX。

We have a new president-elect.
我们有了一个新当选的总统E38)0QQtloZ;qw)。

A government should permit the free expression of political opinion.
政府应当允许自由发表政见yo0lP]f[([7]0odg;4。

I know only too well that plans can easily go wrong.
计划很容易出岔子，我太清楚这点了X|3Hl~IY~)J。

1.Recently, Facebook teamed up with members of the First Draft Coalition to come up with ways to prevent fake news.

Several of the members have come up with suggestions of their own.
有几位成员提出了自己的建议[OSW)eaIvR4。
If Warren can come up with the$ 15 million, we'll go to London.
如果沃伦能拿出那1500万美元，我们就去伦敦IFYm%ZV~Z7。

2.Recently, Facebook teamed up with members of the First Draft Coalition to come up with ways to prevent fake news.

I knew he was a guy I wanted to team up with, no question.
我当时就知道他这个人我能与之长久合作共事，这一点毫无疑问QFf0F.W.iN)。
He didn't want to team up with anybody.
他不想与任何人合作|Apr|^h9Ug0!(fQ。 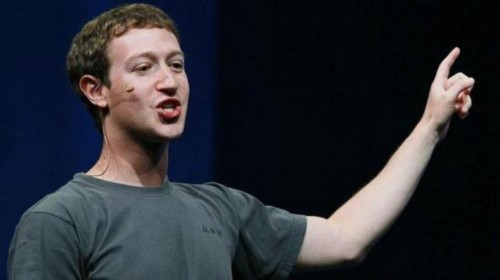