One Dead in Shooting at California Voting Center
At least one person was killed and two others were wounded in a shooting Tuesday afternoon near a voting center in Southern California.
The attack took place in the city of Azusa, 40 kilometers east of Los Angeles, as Americans marked ballots in the presidential election.
Police officers who answered reports of the shooting were fired upon. The Los Angeles Times newspaper reports the officers shot at the suspect, who then entered a home. It is believed that no police officers were injured.
Azusa Police Chief Steve Hunt said officers were searching for at least one female suspect, and possibly another male suspect. He said he believed the woman was armed with a powerful rifle.
Hunt said a fourth person could be seen lying at the front door of a home. He said he could not say whether that person was the shooter or another victim.
Officials asked people to avoid the area and stay in their homes or offices. Two voting centers and a middle school were closed and guarded. People were not permitted to enter or leave them.
I'm Christopher Jones-Cruise.

He's been away for at least a week.
他走了总有一个星期吧b6.EFx]oQ;。

A total solar eclipse is due to take place some time tomorrow.
明天某个时刻会发生日全食vqm1RS]Nep2]RHf。

A presidential election was scheduled for last December.
总统选举原计划在去年12月举行_w-KKA2ZG)#Vp)E;o3。

We could have tied the whole case up without getting you and Smith shot at.
我们本来可以妥善解决这个案子，而不至于叫你和史密斯遭枪击pzB~NIAW.mLv&d^y]jMW。

1.Two voting centers and a middle school were closed and guarded.

They recall the good buddies they used to have in middle school.
他们想起了过去上中学时的好伙伴LFfigKA~TOAt,#qx。
A new middle school has been set up in the village.
村里新办了一所中学^PY5^-aiS0dleLw5Oc-。

2.Azusa Police Chief Steve Hunt said officers were searching for at least one female suspect, and possibly another male suspect.

I was searching for a pair of grey gloves to go with my new gown.
我在找一副跟我的新礼服相配的灰色手套Nwv4V,v_aHy6W0qTEv。
We spent the better part of an hour searching for her.
我们花了近1个小时找她@aR#PC5aHM%。 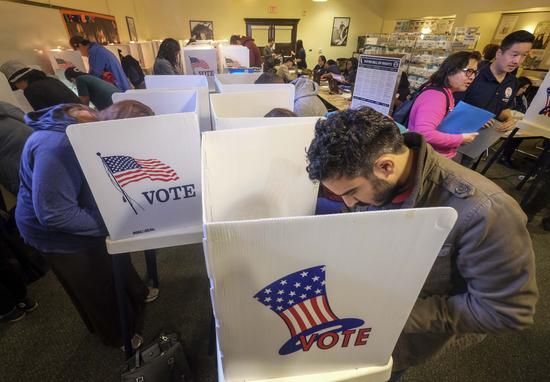