Across the United States long queues of people have been waiting to vote in the US presidential election. After one of the most divisive and unpredictable campaigns in memory, analysts expected turnout to be a key factor in whether Donald Trump or Hillary Clinton wins the White House. The first exit polls from the east are expected at around midnight GMT, four hours before polling stations close on the west coast.

India’s highest denomination currrency note is to be withdrawn from circulation. The Prime Minister Narendra Modi announced the surprised move just hours before it came into effect. He said it was aimed to cracking down on corruption and illegal cash holdings. Notes of 500 and 1000 Rupies are affected. Banks have been striked to exchange the existed hiding denomination Rupie notes until the end of year.

Iraqi special forces have moved into their headquarters closer to the frontline inside Mosul as they battle Islamic State fighters street by street. A commander of the conter-terrorism forces told the BBC they have completely driven IS out of the Sadam distrct on the northeastern side of Mosul.

The European Union has described recent event in Turkey as extremely worrying. And it urged the government to resume political dialogue with opposition groups and to safeguard democracy. The statement was issued on the eve of an annual assesment of Turkey’s progress on meeting EU accession criteria. 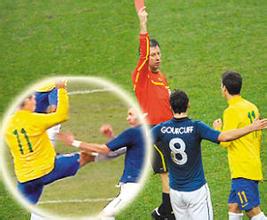 Police in Mexico are looking for a footballer who headbutted a referee who then died. The player had been given a red card during an amateur match in the state of Hidalgo on Sunday. He fled from the pitch when the two team started fighting.

An Austrian man has won a court case in abling to change his family name back to Zebra. A man appealed to the Austrain consititutional court when a lower court rejected the idea arguing that Zebra could only refer to a type of Horse from Africa.

A referendum would be divisive.
公投将产生分歧85*dJCYUA5。

He is unpredictable, weeping one moment, laughing the next.
他喜怒无常，一会儿哭，一会儿笑u-!7.g@XIW6Dd)xK0^8r。

a pile of bank notes, mostly in small denominations.
其中大部分都是小面额的一沓钞票

I was given the all clear by the doctor to resume playing.
医生准许我重新开始训练zh(P&ax[T@3;O。

The problem was to safeguard sites from encroachment by property development.
问题是要保护遗址免受房地产开发商的侵占.R1BIIztJm;VzY。

He was said to have head-butted one policeman and stamped on another's hand.
据说，他用头撞了一名警察，还踩了另一名警察的手wbww*zx6sqTbW@GaB@3。

Taylor began his playing career as an amateur goalkeeper.
泰勒的运动生涯是从一名业余守门员开始的KP=CeM-546qrn.]。

1.The Prime Minister Narendra Modi announced the surprised move just hours before it came into effect.

The new law has come into effect.
新法律已经实施n%9S6]4bfBVUH.%^。

2.He said it was aimed to cracking down on corruption and illegal cash holdings.

The House voted today to crack down on banks that launder drug money.
众议院今天表决打击为毒资洗钱的银行vX9;C!GJtw)vsP[yN9。