Next US President Faces Economic Concerns
Many Americans want the presidential election campaign to end as quickly as possible.
Political observers say it has been one of the most negative campaigns in many years. The top two candidates have little, if anything, good to say about each other.
Some observers have already begun to think about what will happen after the election. They say it will be very difficult to lead the government in one of the largest economies in the world at a time of economic uncertainty.
William Galston was an aide to Bill Clinton when he served as president.
"Very simply, elections have consequences. You are being hired to do a job and the American people's understanding of what they're hiring you to do is based on what comes out of your mouth during the campaign."
Galston notes that if Donald Trump is elected president, he will be forced to announce the full cost of building a wall between the United States and Mexico. Building a wall to keep out illegal immigrants is one of Trump's main campaign promises.
The Republican Party presidential candidate has said that the project would cost $12 billion. But independent estimates suggest it would cost more than three times that much.
Galston says Hillary Clinton, the Democratic Party's candidate, would have other questions to answer if she is elected. Clinton would be forced to explain how much her planned programs would cost and how she would put them in place.
"She's talked about a children('s) family policy. She's talked about a big infrastructure program. She's talked about comprehensive immigration reform. These are all the sorts of things that the American people will hold her responsible for doing."
Maya MacGuineas is the president of the Committee for a Responsible Federal Budget. The group is non-partisan, meaning it stays away from party politics.
MacGuineas says whoever wins the presidency will have a difficult time keeping campaign promises.
"Donald Trump, for instance, has promised not to fix entitlement programs -- Medicare and Social Security. Hillary Clinton has promised not to raise taxes on any family making below $250,000. Well that sounds nice, but if you want to spend as much as she wants to, you can't fix this problem from just taxing the rich alone."
She also says the next president will also have to deal with slow economic growth and a job market that worries many Americans.
In addition to slow-rising wages and growing income inequality, the federal government must deal with its growing debt. Experts believe it will be $20 trillion by the end of the year.
"Hillary Clinton, basically, would keep the status quo. Donald Trump would make it worse. So Hillary Clinton comes out significantly ahead, but neither of them has a plan to do what we're looking for and therefore nobody gets a passing grade."
The Committee for a Responsible Federal Budget says Trump's plan would add $5 trillion to the debt. It says Clinton's would add about $200 billion. Neither candidate has a plan to reduce the budget deficit.
I'm Christopher Jones-Cruise.

Neither of the front-runners in the presidential election is a mainstream politician.
总统选举中的两位领先者都不是主流政治家K[NNhTB4!^La+f5|。

He was able to spend only a few days at a time on the island.
他每次去岛上都只能呆几天C_#HqZsWqinOcp_。

They have no wish for any change in the status quo.
他们不想改变现状oL3@IV2+Bgd。

They're ready to cut the federal budget deficit for the next fiscal year.
他们已准备好削减下一财年的联邦预算赤字n^onws%DWA(Gjm。

1.William Galston was an aide to Bill Clinton when he served as president.

She ushered me into the front room, which served as her office.
她把我领进了她用作办公室的前厅g9p0OovitHin。
For seven years until 1991 he served as a district councillor in Solihull.
直到1991年他连续7年在索利霍尔担任区议员lB]kDAEfd,8364CZ#U。

2.Clinton would be forced to explain how much her planned programs would cost and how she would put them in place.

They're offended by the elaborate security measures the police have put in place.
他们被警方部署的繁复安全措施惹怒了8!C]c+b5L;l。
On the reforms front, China has put in place the basic structure for a market economy.
在改革方面，中国已经实施了市场经济的基本框架(|Be4+#huvhWgH。 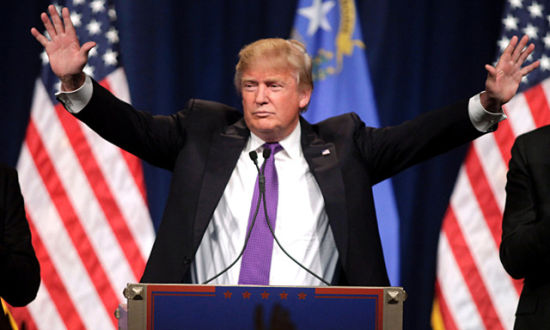