The White House has said it will neither defend nor criticize the decision by the FBI to inform Congress of a new investiagtion into Hillary Clinton's emails. The FBI said last week that it had discovered new emails that might involve the Democratic candidate and would determine whether they contained any classified information.

Advancing Iraqi troops are now only about one kilometer from the edge of Mosul, the last big city in the country still held by Islamic State militants. A BBC correspondent travelling with their armed columne said it was targeted repeatdely by IS suicide bombers driving vehicles packed with explosives.

Italian officials have estimated that they will cost around nine billion dollars to rebuild the towns and villages in central Italy wrecked by Sunday's earthquake. Speaking after a meeting with ministers and regional leaders, the prime minister, Matteo Renzi, said shipping containers will be used as temporary accommodation while repairs were carried out.

Police in Pakistan are trying to stop thousands of supporters of the opposition politician and former cricketer Imran Khan from taking part in a huge anti-government rally in Islamabad. The police fired tear gas at thousands of activists on the main road 80 kilometers outside the city in the * province which Mr.Khan's party controls. 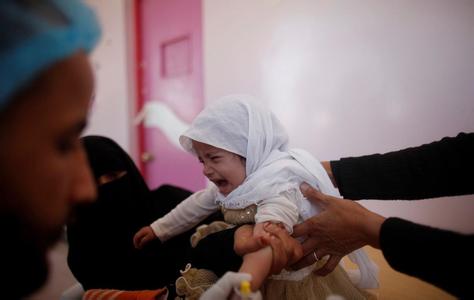 Aid workers in Yemen say a cholera outbreak is worsening.The UN's emergency relief coordinator Stephen O’Brien said there were now 61 confirmed cases and more than 1700 suspected cases accross ten districts. There have been four recorded death but the real figure is believed to be much higher.

Four Indonisan sailers who were held hostages in Somalia for nearly five years have been reunited with their families. One said they were still scared and traumatized and could hardly believed they were free.

The Swedish diplomat Raoul Wallenberg who is credited with helping tens of thousands of Hungarian Jews to escape the holocaust has been pronounced dead 71 years after he disappeared. Sweden said the decision was made after an application from his family.

The author defends herself against charges of racism by noting that blacks are only one of her targets.
面对种族主义指控，作者替自己辩护说黑人只是她的抨击目标之一5D~Pq%,%*j|j76Bg65.。

You were quite right to criticize him.
你批评他批评得很对4i*C^wdXhLoeC0hxhYQ1。

A coalition could have defeated the government and wrecked the treaty.
联盟本来可以击败政府并毁掉该条约的CpUoC!y0%.lLht)K。

The accommodation is rather rough and ready, I'm afraid.
依我看，这个住处还算差强人意slm8yXyGnKdYlWMP[Ib。

Did his parents traumatize him?
他父母给他留下了心理伤害吗？

The Auschwitz concentration camp always remind the world of the holocaust.
奥辛威茨集中营总是让世人想起大屠杀ta4+.C[~DFH[%VO=。

1.The White House has said it will neither defend nor critize the decision by the FBI to inform Congress of a new investiagtion into Hillary Clinton's emails.

Reading between the lines, it seems neither Cole nor Ledley King will be going to Japan.
言外之意，科尔和莱德利·金两个人似乎都不会去日本了5DfTk0mUR+T;dUvhBU7。

We shall inform you of the date of the delegation's arrival.
我们将把代表团到达的日期通知你Dw^UcLjXXqd。

2.Four Indonisan sailers who were held hostages in Somalia for nearly five years have been reunited with their families.

The class was held hostage by a hooded gunman.
全班同学被一个蒙面的持枪歹徒劫为人质[Z5_e1Y5Vi4PQ2+TUAy。