It's a damp morning in Portsmouth and Ben Smith looks like any other jogger as he pounds along the wet seafront. But Ben's early run is a little different. Ben is running a marathon. He also ran one yesterday, the day before that and the day before that. In fact, for Ben this is marathon No.392. I ran alongside Ben or being only for a couple of miles. He told me he took up running three years ago to lose weight and improve his mental health. Then in September last year, he began his remarkable challenge, 401 marathons. And now he only has a week to go. What kind of effect has this had on your body? I mean I can't imagine the 401 marathons.
Yeah, it had quite a, quite an effect to my body. Um, I've lost 19 kilos in weight. My body fat has dropped from 15.5% to just under 10. So I feel a lot fitter or a lot leaner, a lot healthier.
Ben was hospitalized in Aberdeen after breaking bones in his back. But just 10 days later, he was running marathons again and he's made up all the time and the miles that he lost. 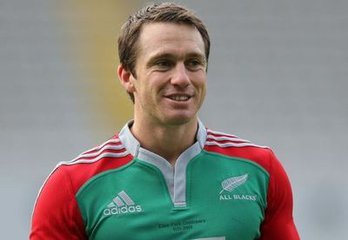 It's quite easy for me to kind of pick myself up out of a hole. Oh my god!
The videos he's taken on his phone show what he's been through… “Oh…” including snow and floods. He's run more than 10,000 miles, burning 2.5 million calories and has worn out 22 pairs of trainers. But for Ben, this isn't about getting into the record books. When he was younger, he was bullied about his sexuality. At one point, he even tried taking his own life. So during the challenge, he's stopped at 100 schools to speak to youngsters. He aims to raise a quarter of a million pounds for anti-bullying charities.
It was just a small idea in my head. And you know, there were people around me who said I couldn't do it and it wasn't gonna work. Well, it does.
Three, two, one, go!
9000 people of different backgrounds and abilities have joined Ben at various stages. Some of them tell me he reminds them of a real-life Forest Gump.
Well, they are obviously inspirational.
Are you gonna miss it, I mean, when you stop?
No, I don't think so.
词汇学习