Indian Centers Prepare School Dropouts for Return to Classroom
Millions of children in India drop out of school every year although enrollment at schools in the country is rising.
To help dropout students, voluntary centers are training some of these children to return to school.
At these centers, children learn to read and write so they can study what they have missed when they were out of school.
One student, 8-year old Muskan Khatoon, is enrolled at a center in a poor neighborhood in New Delhi. Before going to the center, she had moved to a village after her father had an accident which put him out of work in the city. She dropped out of the village school after struggling with a common problem in rural areas: poor teaching.
"I did not get books, the teacher used to teach for two hours, then go home," she said.
Because Muskan fell behind, she could not get into a regular school when she returned to New Delhi. There are millions of children in India like her. In 2014, nearly 20 percent of children did not complete primary education.
Obstacles to education
Sakshi is a teaching center that gives dropouts the skills they need to return to mainstream schools.
Zuber Khan is Director at Sakshi. He says thousands of rural migrants are flowing into cities in search of jobs. He says they struggle to register their children in schools.
Khan says that migrant families often come in the middle of the school year when school registration is closed. And they often do not have any proof of identification.
There are other issues that keep children out of school although free primary education in India is now a right.
Amina Jha teaches at the Sakshi center. She says many children stay at home to do housework and take care of brothers and sisters as both parents work.
"Especially girls. There are 19 children in my class who do not know the basic alphabet."
To deal with this problem the centers sometimes permit children to come late after doing housework. They also provide them with food and books.
Motivating parents
Studies show that many illiterate families do not understand the importance of education. Motivating parents, then, is important to keeping children in school.
In the neighborhood in New Delhi, many children are registering in regular schools after a year of informal education. Jha says now parents are more willing to send children to the center.
"Children who used to play in the lanes now go to government schools. They wear uniforms. They know how to write, how to talk. That has made parents happy."
Getting children into school is important for India's future for many reasons. The country has the highest population of under 15-year-olds in the world.
I'm Phil Dierking.

He'd dropped out of high school at the age of 16.
他16岁的时候就从中学退学了s2fjM_W5eK@rQ)f。

When I worked in Florida I dealt with British people all the time.
在佛罗里达工作时，我总与英国人有生意往来~Br)7KF,TRH#。

He was eager to get into politics.
他渴望进入政界zCnb.T-ON06p22(CX)Qp。

Liaoning province has started the experimental unit job of pension system in the rural area.
辽宁省开始了农村养老保险的试点探索工作^Vk9Ae[=2k|&kmP4E2y9。

1.Before going to the center, she had moved to a village after her father had an accident which put him out of work in the city.

2.There are other issues that keep children out of school although free primary education in India is now a right.

In Sierra Leone, English is used as the medium of instruction for all primary education
在塞拉利昂，基础教育阶段全部用英语授课rufEbKK]^gKS。
Britain did not introduce compulsory primary education until 1880.
直到1880年，英国才开始实行初等义务教育bY4_06]Tc=x。 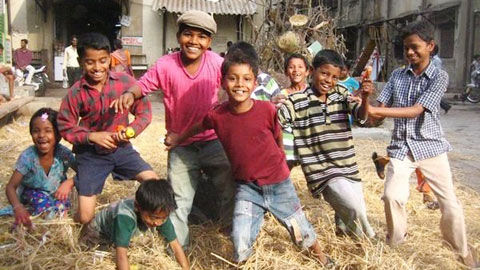