'Trump Tower Live' Launches on Facebook
This is What's Trending Today...
American presidential candidate Donald Trump has launched a daily Facebook Live program. The new show is called Trump Tower Live. Members of his election campaign team produce the show at Trump Tower in New York City. The candidate lives within the 58-floor skyscraper.
Facebook carried the first Trump Tower Live program Monday night. The program looked similar to a nightly news show on television. Its aim is, as one presenter explained on Monday, to "give you the message straight from the campaign." Another host said that the new show is "bypassing the left-wing media, which skews everything."
The Republican Party nominated Trump as its presidential candidate three months ago. Since then, he and his campaign team have criticized the American media's treatment of him during the election campaign. He has accused many news and media businesses of supporting the Democratic Party's candidate, Hillary Clinton.
The 90-minute-long Facebook Live program also carried video of Trump's campaign event in Florida Monday night.
The launch of the program made some people wonder whether Trump might create a television channel or network if he loses the election. But the hosts of the show quickly noted that this was not the beginning of "Trump TV," and blamed the media for "spinning" that idea.
More than 1.4 million people watched the first Trump Tower Live. It has been shared more than 40,000 times. Many people praised the new program and wrote that they had voted early for Trump. Most Americans plan to vote on Election Day, Tuesday, November 8.
Trump Tower Live will air every night for the next two weeks at 2230 UTC.
And that's What's Trending Today.

They have reached unanimity on who will be the presidential candidate for the next general election.
他们就推举下界总统候选人取得了一致意见Rjs7mj|[Y_UA。

Some people have left out of embarrassment at what's happened to them.
一些人已经由于为发生在自己身上的事感到难堪而离开了je#wrISo-dM6t[0w。

I recommend skipping the nightly news entirely, but muting just the business news might be enough.
我建议完全忽略掉晚间新闻的内容，但只忽略其中的商业新闻已经做够了4g]YRwXBoUe4,QqDH&@。

They said they would not be voting for him because he was too left-wing.
他们说不会投他的票，因为他思想太左Si.PDg#BKl;。

1.Since then, he and his campaign team have criticized the American media's treatment of him during the election campaign.

Since then he has been drawing a pension.
从那时起他一直领退休金6_lQtTYSL225m(。
The mechanics of the job, however, have changed little since then.
不过，工作流程从那以后就几乎没有任何变化.5JU%;3zuW6*vIbC~J,f。

2.The launch of the program made some people wonder whether Trump might create a television channel or network if he loses the election. 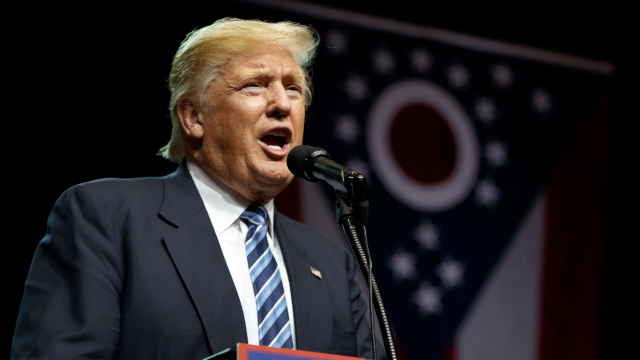