Indian Police Make Arrests in Plot to Steal Money from Americans
Last week, Indian police arrested at least 70 people suspected of stealing money from people in the United States.
The police said people working at a call center in India spoke with the U.S. citizens by telephone. They said the callers acted like they were working for the Internal Revenue Service (IRS), the federal agency that collects income taxes.
About 200 police officers raided three buildings in Thane, a community near the city of Mumbai. Police said the workers used phones in those buildings to call the Americans.
Parambir Singh is the police commissioner in Thane. He said that about 700 people worked in the buildings, which were open all day and night. Singh said the workers would call Americans and tell them that they owe taxes. If the Americans failed to pay the money immediately, the callers threatened to send police in 30 minutes.
Police believe U.S. citizens sent the call center as much as $150,000 a day. They say the victims were told to buy prepaid cash cards and make online payments of $500 to $3,000.
The Internal Revenue Service has been telling Americans that it will not send police to arrest them. It also says IRS agents do not threaten people. The agency tells people not to send money electronically to callers who are demanding that method of payment.
Indian officials say the call center workers kept more than two-thirds of the money. The rest was kept by people helping them in the United States.
In India, hundreds of Western companies use large companies that employ English-speaking workers. These workers either answer questions from callers overseas or process payments. The employees are usually trained to use sound like people in the countries from which the customers are calling. Police said those working at the call center were trained to sound like Americans.
Indian police said they planned to share information about the raid with American officials. Police believe the plot discovered in Mumbai may have also targeted people in Britain and Australia.
I'm Mario Ritter.

I work for a customer-support call center.
我在一家客户支持呼叫中心工作J]4Tnwwt7bV0jj7EYt。

I wouldn't be in favour of income tax cuts.
我不会支持削减所得税;v@4n|^@nZI[D3。

Experts reveal only as much as they care to.
专家们只透露了他们想透露的那些FfW8TFSE+*0%T。

Half of all online payments in China go through its online payment processor, Alipay.
中国有一半的在线支付是通过阿里巴巴旗下的在线支付平台支付宝（Alipay）完成的Il^9ymg1f0EV6j。

1.The agency tells people not to send money electronically to callers who are demanding that method of payment.

2.If the Americans failed to pay the money immediately, the callers threatened to send police in 30 minutes.

Time and again political parties have failed to tackle this issue.
各个政党处理这个问题时都屡屡失败sNNe@p)G=7w%。
I have failed to reach them by postal inquiries.
我未能通过邮政查询与他们取得联系=0JBqHf_ScEq%d2。 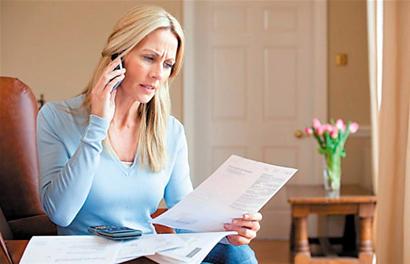