Thailand’s Long Serving King Dies
Thailand is mourning King Bhumibol Adulyadej.
King Bhumibol died Thursday in Bangkok. He was 88 years old.
In recent years, the king suffered from a series of age-related health problems that mostly kept him in a Bangkok hospital.
Last weekend, Thai officials announced that his health had worsened and his condition was "not stable."
Officials said on Thursday his health never improved and that he died peacefully.
A large crowd had gathered outside the hospital where the king was being treated. Many in the crowd broke down with emotion after hearing of his death. Some held photographs of the king and wore yellow or pink clothing in his honor.
King Bhumibol came to power 70 years ago. He was the world's longest serving monarch.
He was born in 1927 in the American community of Cambridge, Massachusetts, where his father was studying medicine. The future king was educated mostly in Europe, attending secondary school and a university in Switzerland.
He studied music, and was a skilled saxophone player and composer of jazz. He also liked sailing and wrote several books, including a best-seller about his favorite dog.
He became Thailand's king in 1946 after the mysterious shooting death of his older brother.
King Bhumibol was greatly respected and beloved in Thailand, a deeply Buddhist country. He was known as a humble leader who directed many social and economic development projects.
His wife, Queen Sirikit, is also a beloved figure in the country. She has been in poor health for several years.
Supporters believe King Bhumibol provided unity and stability at a time when Thailand faced many social and economic problems. The country experienced political unrest several times during his rule. The current leadership took power after the military ousted the civilian government in 2014.
At times, King Bhumibol acted as a negotiator in disputes between competing military leaders. Sometimes, he approved army requests to overthrow elected governments.
The 70th anniversary of the king's rule was celebrated in Thailand in June, when millions of people wore yellow shirts to show their support.
In a nationwide broadcast, Thai Prime Minister Prayuth Chan-ocha called the death a tragedy for all of Thailand.
"He was a king that was loved and adored by all. The reign of the king has ended and his kindness cannot be found anywhere else," he said.
Next in line to Thailand's royal throne is the king's son, Crown Prince Maha Vajiralongkorn. The crown prince, who returned home from Germany on Wednesday, has yet to gain the same respect in Thailand as his father.
The prime minister confirmed on Thursday that the crown prince will become the new king. Prayuth added that the government will observe one year of mourning for King Bhumibol.
I'm Caty Weaver.

The students have put forward a series of questions.
学生们提出了一系列问题=#%tC~0Z_cd#MDI-0R|。

The bus broke down on the way.
公共汽车在路上抛锚了+xNT.l@^E)Z8M。

They built a monument in his honor.
他们为他建造了一座纪念馆pWhrkNdv7ndqiKo_。

The book is expected to dominate the best-seller lists.
这本书预计会占据畅销书排行榜的榜首JJIE,VYi;u2(yOAgsMGh。

They came to power in 1975 after a bloody civil war.
在一场腥风血雨的内战之后，他们于1975年上台执政)FO,,=7kGsJWP-[]0y.s。
The new government came to power under the banner of fighting poverty.
新政府是在对贫穷开战的旗号下上台的J]VTK11UfRcctLV!wbbQ。

2.Next in line to Thailand's royal throne is the king's son, Crown Prince Maha Vajiralongkorn. 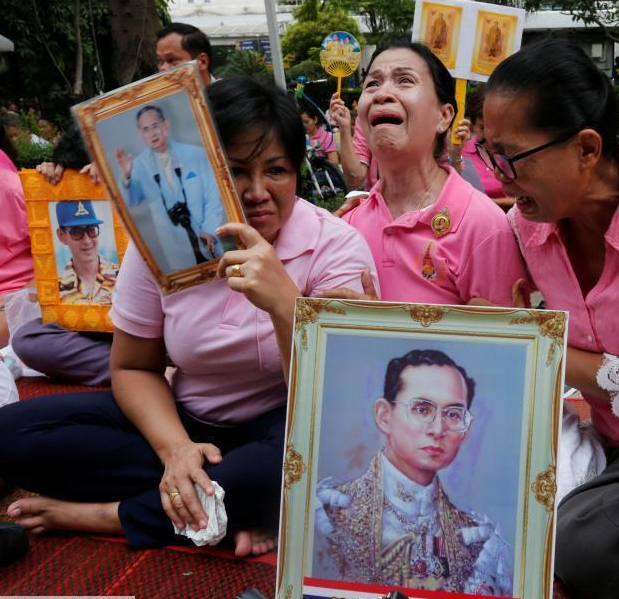