Suicides Leave Lasting Effects on Friends, Family
September is suicide prevention month in the United States.
The World Health Organization (WHO) considers suicide a worldwide problem.
WHO reports that 800,000 people take their own lives each year. On average, a person commits suicide every 40 seconds, it said.
WHO officials say suicides have long-lasting effects on the family members and friends left behind.
People not only feel very sad about the death, but feel guilt for not taking action they think might have prevented the suicide.
A Woman Who Lost Her Father and Son to Suicide
Dorothy Paugh was nine years old when her father shot himself to death.
"I count that day as the last day of my childhood," Paugh said. "Because from that moment on, I had no sense of security. I had no sense that the world was a safe place."
She made her comments as she stood near her father's burial place at Arlington National Cemetery, just outside of Washington D.C. It is where American war veterans are buried. Her father served in the U.S. military during World War II.
Dorothy Paugh's life was shaken again -- 50 years after her dad's suicide. Her son Peter bought a gun for protection. Peter would go on to take his life at the age of 25.
Paugh looks at a photograph of her son. "This is my favorite picture of Peter because he has a hint of a smile," she said.
Paugh said it is important that people not see those who take their own lives as cowards. "Because my father was brave," she said. "He fought in World War II....I think he just got overwhelmed."
Veterans Trying to Stop Suicides
Seven hundred fifty U.S. military veterans rode bicycles 110 miles from Arlington, Virginia to Gettysburg, Pennsylvania. They wanted to bring attention to the continuing problem of suicides.
One of the riders was retired Army Sergeant Norberto Roman of Puerto Rico. "Our mission is to stop the suicides," he said.
Suicide is a very personal to Roman.
"I tried to commit suicide myself in Iraq and I went through eight years of hell, through PTSD treatment and I'm blessed to be here today," he said.
Post-Traumatic Stress Disorder is known by the letters PTSD. The National Institute of Mental Health describes it as a condition suffered by individuals who experienced a shocking, frightening or dangerous event.
More Action is Needed
The World Health Organization said in its recent report that more action can be taken to reduce suicides.
Many people who commit suicide do so by swallowing poison, using a gun or taking an overdose of drugs, WHO officials said. They added that people should try harder to keep those things away from individuals who might use them to hurt themselves or others.
It would also be helpful to reduce the stigma of suicide, WHO said. A stigma is when people have a poor or bad opinion about something, often for no good reason. The stigma makes people afraid to ask for help when they are thinking of taking their own lives, the WHO report said.
Paugh, who lost her father and son to suicide, now works to inform people about the problem. She urges them to take action if they have reason to think a friend or relative is considering suicide.
"If we think someone may be troubled, ask them outright if they are having thoughts of suicide," Paugh said. It is not an easy discussion, but it is much better "than a funeral," she added.
Suicide is the second leading cause of death among people aged 15-29 years old, according to the World Health Organization.
I'm Bruce Alpert.

When the other pupils were taken to an exhibition, he was left behind.
当其余学生被带去参观展览时，他被留了下来CV.jCD=H)5.;。

Her burst of exuberance and her brightness overwhelmed me.
她勃发的热情和阳光的性格征服了我rGD5mlA&f6ESI。

She added only a hint of vermouth to the gin
她只在杜松子酒里加了少许苦艾酒.fQu_!kz3ot。

American shares rose, on average, by 38%
美国股票价格平均上涨了38%yLag8)rGPOx)=-ch~Upo。
On average each report requires 1,000 hours to prepare
准备一份报告平均需要1,000小时7wdGoyhqil+3*tw!aex]。

2.People not only feel very sad about the death, but feel guilt for not taking action they think might have prevented the suicide.

We are taking action, having been in receipt of a letter from him
收到他的信之后我们正在采取行动ED7rOFB@^u[.4。
It was widely believed that Powell had stampeded the Government into taking action.
大家普遍认为鲍威尔已经逼迫政府采取行动6g,jL8-=Mknjq。 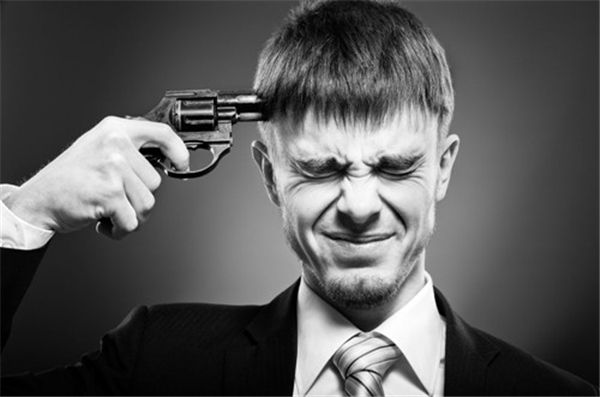