Clinton Cancels Campaign Trip Because of Sickness
The Democratic Party presidential candidate, Hillary Clinton, has cancelled a campaign trip to California because of sickness.
A spokesman made the announcement Sunday. Earlier that day, Clinton left early from a ceremony in New York marking the 15th anniversary of the September 11 terror attack.
A video shows her stumble before guards help her into her vehicle.
Clinton's doctor said she had become overheated and dehydrated at the event. He said she is recovering well.
Her campaign said the doctor had examined her on Friday and reported she had pneumonia. The diagnosis was not made public until Sunday.
She was treated with antibiotics, advised to cut back on her appearances and to get rest.
Clinton's now-canceled trip to California was to include money-raising events and a speech about the economy.
Trump reacts
The Republican Party candidate Donald Trump told Fox News he hopes Clinton gets well soon.
"I hope she gets well and gets back on the trail and we'll be seeing her in the debate," Trump said. The two candidates are to hold their first direct debate on September 26.
Trump also said he plans to release the results of a physical examination he had last week. He said it would include, in his words, "very, very specific numbers."
Neither candidate has released extensive health records, although Clinton has provided more information than Trump.
Trump has suggested that Clinton lacks the energy to serve as president. Some Trump supporters have suggested Clinton is in poor health as a result of a concussion she suffered in a fall in 2012. However, they have not provided any evidence to support the claim.
Trump released a letter from a doctor last year. It stated that Trump would be "the healthiest individual ever elected to the presidency."
But that doctor later said he wrote the letter in five minutes while a Trump campaign vehicle waited nearby.
Hillary Clinton is 68 years old. Donald Trump is 70.
I'm Caty Weaver.

The committee's recommendations are unlikely to be made public.
委员会的建议不大可能公开%S|(rbfS.r_[=d(Hbun+。

I just got back from Southeast Asia and I was flying every other day, so especially then I just try to get rest.
我刚从南亚回来，那时我每隔一天就要坐飞机，所以我就用这些时间休息XB!%BQ8n+cq7;nyhiVp。

1.She was treated with antibiotics, advised to cut back on her appearances and to get rest.

Rose bushes shoot out again after being cut back.
玫瑰丛修剪后会再发新枝的Q.JftlX.e1_4TI。
Ford decided to cut back drastically.
福特公司决定大幅度裁员t!xN3rh0Gi5jZlqZ。

2."I hope she gets well and gets back on the trail and we'll be seeing her in the debate," Trump said.

Later an operation helped her to get back part of her sight.
后来，动了一次手术使她恢复了部分视力)oLB39_W9G=[yo8k|mW。
Time presses and we must get back to work.
时间紧迫,我们得回去上班了7d-F^9,Cs4uMu_rLb。 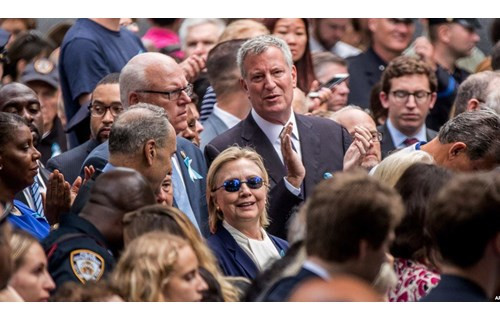