Many countries require young men to serve in the armed forces. But in the United States, military service is voluntary. And joining the U.S. military is not an easy process.

His job is to get volunteers to join the U.S. armed forces.

"At the time I was going to school, I was paying for, for school out of my pocket. And I was like 'Man, this is tough,' and I was staying home with my parents. I was like, ‘I don't know if I like this as much anymore.' So I went in, talked to a recruiter. He was cool. He broke it down for me, and next thing you know, I'm in..."

Benjamin Spahr volunteered for the military. He says other members of his family have served in the armed forces.

"My mother was enlisted in the Air National Guard and my father was an officer in the Air Force. So I was accustomed to that lifestyle from a young age moving around..."

The armed forces pays its members to attend school, both while they are on active duty and after they leave the military. But not everyone can join the armed forces. There are age limits and volunteers must be successful at mental and physical tests. They must also not be abusing alcohol or taking other drugs.

Training for new recruits is difficult and intense. The recruits must be strong and in good health.

An increasing number of women are joining the military. Madison Foote is one of them.

"Its just the pushups I'm worried about. I'm not very good at pushups. But I think I can do everything else..."

Some Americans volunteer for the armed forces, even when their parents object. The parents are worried about their children because the military deploys troops to many dangerous areas throughout the world.

Oludare Ogunmadewa is a new recruit. He says not everyone in his family supports his decision to enlist in the military.

"My parents are worried, my whole family is worried as well, but it's a risk I feel is necessary for myself -- more for my children, to secure their future."

The United States ended forced enlistment in 1973, during the Vietnam War. Now, recruits voluntarily sign an agreement to stay in the military for three to six years, depending on their chosen job.

Some volunteers choose to stay longer. Staff Sergeant Thomas says that is because they discover that serving in the military is unlike any other job they could have.

"A lot of veterans that serve their 20, 30 years, the main thing that they talk to me about -- especially when they bring their, their children to the office -- is the camaraderie they establish with the people they met."

He was busted from sergeant to private.
他从军士降至士兵HG;ONUs_q7uGy(a2k。

If you feel the recruiter can't meet the challenge, you may need to raise the issue with the head of recruiting or human resources.
如果你觉得招聘人员无法完成这一挑战，你可能就得把问题提交给招聘或人力资源部门的负责人了nNjO5j.#OQg4i。

Start in pushup position, but with your shins on a Swiss ball.
以俯卧撑姿势开始，使小腿胫骨位于平衡球上vU)STX0os229ZbAf8m+v。

1.At the time I was going to school, I was paying for, for school out of my pocket.

out of one's pocket 自掏腰包，自己出钱

She paid her husband's debts all out of her pocket.

她丈夫欠下的债都是她还的PsY-F3b_zCH。
When they left, Julius Caesar, out of his own pocket, gave every soldier in those legions a year's pay.
他们离开时，恺撒用自己的钱，给那些士兵发了一年的俸禄uXyxN[8*qF;Uzs。

The teacher always breaks her lessons down with much patience.

老师总是耐心讲解课程1Ix5R~VK=vC0EYGp3Ls(。
This question is a bit too difficult for me. Could you please kindly break it down?
这个问题对我来说有点难，您能详细解释一下吗？ 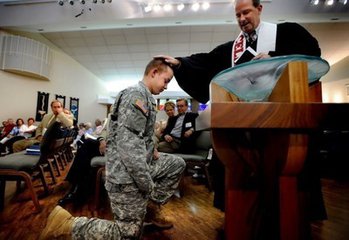