Political Tension Cancels Nigerian Mass Wedding
A mass wedding has been canceled in northern Nigeria, leaving about 100 couples wondering when they will get another chance to marry.
The couples from rural areas in Kano state were to be married in the middle of August. But tensions between the governor and a state senator who organized the ceremony forced a delay.
The postponement was enforced by police. They said they had been told the event could be a security threat.
Plans had already been made when the postponement was announced the day before the wedding. The wedding meal was prepared. A goat had been slaughtered. Chickens were roasting and rice had been bought.
Organizers said thousands of people were expected to attend, including governors from five other states.
"I had already invited my friends and many of them had come from faraway places, only to come to Kano to hear that the wedding will not be taking place," said Inuwa Inuwa. The 22-year old Inuwa had planned to marry his 16-year-old girlfriend Kaishia Yunusa.
Mass weddings paid for by the government are common in this mostly Muslim state. All costs are covered, including the venue, gifts and food. The government buys furniture for each couple and gives them some money to start out.
The Kano state government has held mass weddings for more than 4,000 couples in recent years. The governor's office said it will try to organize a new mass wedding in Kano as soon as possible.
Single women register for mass weddings with an Islamic, or Sharia committee. The committee helps match them with a man and organizes the wedding ceremonies. Couples who do not have enough money for their own weddings can also register.
Abubukar Jiddere is a political scientist with the Aminu Kano Center for Democratic Research and Training in Kano City, Nigeria. He says the wedding program is good for society and can improve a woman's social status.
"It is essentially meant to promote gender equity, in terms of providing sustainable lifestyles for the women."
In Nigerian culture, a sustainable lifestyle means getting married and staying married. But many couples are also getting divorced.
Economy affecting marriages
Population growth and falling oil revenues have made the economy worse making it harder to find a job in Nigeria. This has caused many families to force their young girls into early marriage. But many newly married couples find they are not happy together and cannot pay their debts.
It is harder for people married in mass weddings to get a divorce. The couple must bring their marriage disputes to officials who enforce Muslim Sharia law. Husbands are required to pay a $600 fine to divorce.
Local activist Zubaida Nagee says the high divorce rate causes problems for women. She believes the real issue is that too many women lack education and are poor. She says many of these women are "desperate" and see a government-sponsored marriage as a way out of their problems.
"There are better ways of taking care of women. For the government to come up with mass weddings, it is only a short term solution to the problem."
She says marriage naturally leads to children who add to the financial burden of the family. She would like to see the government do more to help the women in other ways.
As for Inuwa, he now has a job as a driver. He says he can now afford to take care of a wife on his own. But, he says he would not turn down a government offer to pay for his wedding.
I'm Bryan Lynn.

This mass wedding for these families is of great significance.
这场集体婚礼对于这些家庭来说意义重大UM0Vzx@Vs4(XSt;,。

Rural areas have been worst hit by the strike.
受罢工影响最严重的是乡村地区m;nKdddRTWd。

Some sort of gathering was taking place in the hotel.
旅馆里有人在开会IcKrxn4i2-RFpaH!。

1.The government buys furniture for each couple and gives them some money to start out.

I'll start out to write my paper tomorrow.
我计划明天写读书报告oo@R-vbeIb。
Let's start out before dawn.
让我们在天亮前起身+aXS5E,EyZBHwaZ。

2.The governor's office said it will try to organize a new mass wedding in Kano as soon as possible. 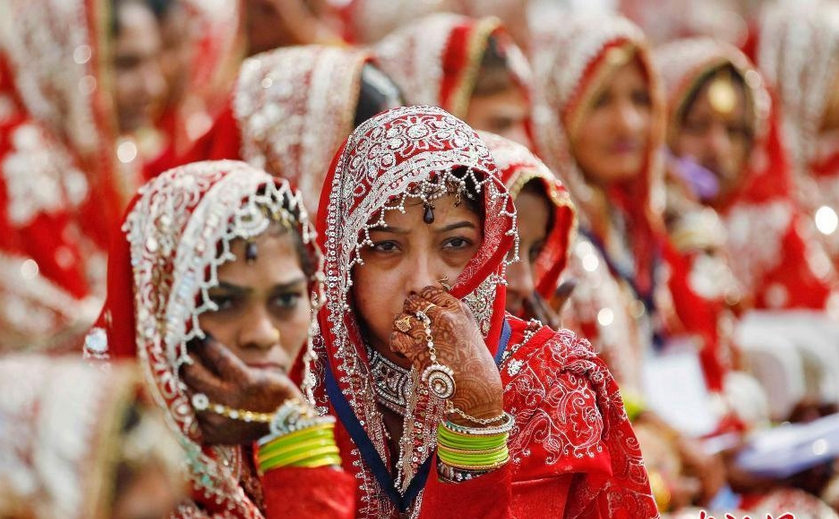