Women in the Kitchen, Men in the Garage, Americans Say
The United States could elect its first woman president in November.
But most Americans still believe in the traditional division of household jobs, according to a new study.
The study surveyed 1,000 adults. It was released at last weekend's meeting of the American Sociological Association in Seattle, Washington.
Three in four adults believe that in a couple with a man and a woman, the woman should do most housework, the study found. That includes cooking, the laundry, and cleaning the house.
Nearly 90 percent believe that the man should do the automobile repairs and outdoor work.
The survey found that 82 percent of Americans said that women should be responsible for a child's physical needs. Seventy-two percent said woman should also take care of a child's emotional needs.
Discipline is an exception
The exception, in the question of childcare, is discipline. Fifty-five percent said men should deal with discipline of children.
And if a couple decides a parent is needed at home to take care of children, 62 percent said it should be the woman, not the man, who stays home.
"Sex was by far the strongest determinant of which tasks people assigned to each spouse in heterosexual couples," said Natasha Quadlin, lead author of the study.
Quadlin is a doctoral student in sociology at Indiana University. Working with her on the study was Long Doan, assistant professor of sociology at the University of Maryland.
Survey Released Before Presidential Election
The study's release comes less than three months before Americans vote for a new a president -- choosing between Democrat Hillary Clinton and Republican Donald Trump. If Clinton wins, she would be America's first woman president.
For same-sex couples, the study found most Americans believe the decisions about who does what should be decided by which partner is most feminine and which is more masculine.
Sixty percent of Americans said the most feminine partners should cook and buy the food. Sixty-seven percent said that the more masculine partners should handle car repairs and do outdoor work.
Old Stereotypes
Terry O'Neill is president of the National Organization for Women, which works for women's rights.
She is surprised that a majority of Americans support divisions of work based on old stereotypes. A stereotype is an often unfair belief about what people should or can do based on their sex or other characteristics.
Old stereotypes about what women do better and what men do better do not make sense for many couples, O'Neill said.
For example, O'Neill said she could fix the family car far better than her ex-husband. But she said her former husband was very good at comforting their daughter. She said he also was able to get her to appointments on time, despite the stereotype that men do not do those tasks very well.
In O'Neill's opinion, too many couples let one partner, often the man, make decisions about who does the work. What should happen is a "sharing of power, and sharing of decisions," with negotiations to decide who does what and when, she said.
It does not seem to matter that many women are working as hard if not harder and earning as much, if not more, than their husbands, said Natasha Quadlin.
"Even if women have higher earnings than their husbands they are expected to come home and perform a second shift of chores and childcare," she said.
However, men may pay a price for taking on the outside work responsibilities by themselves.
Another study found that men's psychological well-being and health declined when they were their families' only member earning an income. Researchers from the University of Connecticut carried out that study, which also was presented at the American Sociological Association meeting.
I'm Bruce Alpert.

I'll have one of my men here take care of him.
我会叫我这儿的一个职员来安插他IE=hMhI4y3H|Ea]()NlQ。

Security guards were stationed at the door to deal with any interlopers.
门口已设警卫人员以阻止闯入的人!LjJ~6Z40)。

By far the most common snake in Britain is the adder.
在英国最常见的蛇是蝰蛇P9(BswlMsLNm&Itnl+9,。

The American people are willing to pay a price for energy independence.
美国人民愿意为能源自立付出代价SyT2cpDyNFP@rn|&Ym*。

1.She is surprised that a majority of Americans support divisions of work based on old stereotypes.

A majority of those polled were worried about inflation.
接受民意测验中的大多数人担心通货膨胀q^3h%wS*SRax+。
The bill was carried by a majority of 55.
该议案以五十五票的多数获得通过]-Yp+QRh]]^M]%nW。

2.Old stereotypes about what women do better and what men do better do not make sense for many couples, O'Neill said.

Does that seem to make sense?
这讲得通吗？
What you say doesn't make sense to me.
你说的话我不能理解0FR8nhtcp.X_Cs)Ro。 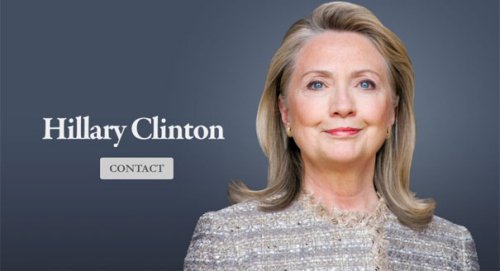