Brazil Welcomes Refugees
Fleeing places such as Syria, Iraq and Afghanistan is not easy because few countries will accept refugees.
Several of the countries that do welcome refugees are in South America. Over the past five years, Brazil has been the place where refugees arrive and stay – or at least live temporarily -- before they are sent to Europe or the United States.
Ahmad Hamada is one of those refugees. Seven days a week, he sells Arab food in the Botafogo neighborhood of Rio de Janeiro.
"Here in Brazil, no person helps you, gives you money, gives you a house," he said. "You must work. No work, cannot eat here."
Hamada is a Palestinian who grew up in Syria and Lebanon. He decided to flee the conflicts in the Middle East 11 months ago. He wanted to go to Europe and believed he could get there by going first to Brazil.
Before Europe began to accept large numbers of refugees, Brazil was one of the few countries that would give Syrians and Palestinians a visa. Since 2013, thousands of refugees have entered Brazil. Many of them hope to be sent to Europe.
Ahmad was one of them. But he says immigration officers attacked him in Rome and returned him to Brazil. He says he woke up on a plane, guarded by four Italian police officers. He said his hands and legs were in chains.
Refugees who arrive in Rio de Janeiro are often sent to the Sao Joao church. It is led by Father Alex Coelho Sampaio.
Father Sampaio operates The House of Support for Refugees in buildings behind the church. He says Brazil has, for many years, accepted those who are being persecuted or are fleeing conflict.
"Brazil for many years has had an open-door policy and that was true after the Second World War, for example," he said. "And at the moment, in particular, regarding Syrian refugees, we are receiving quite a lot."
Father Sampaio says at one time he was caring for so many Syrians that the refugees had to sleep on mattresses on the floor. With his help, some have gone to Europe and others have remained in Brazil. He now cares for 35 refugees. Three are Syrians. They include Ahmad Barour, from Damascus.
"I would love to go to Europe, Britain, a country that is democratic," Barour said. "Everybody is equal -- no discrimination between black, white, stranger, or native. They respect everybody."
For now, he is happy to stay in Brazil. He says he earns enough money to buy food. And he says he has friends. But he says someday he hopes to visit his sister in Denmark.
I'm Pete Musto.

An intimacy grew up between us.
我们之间的关系亲密起来了0fWUzJDo=V98j[k5[jvU。

At least she is a paragon with her feet on the ground.
她至少是一个脚踏实地的特殊人物FKo,5Y%bdOK。

War fever was rising all over the Middle East.
战争狂热正在整个中东地区升温!,hZFtc4f+Q_#K4。

Call him if the manager doesn' t wake up in time.
你们经理到时醒不来，就叫醒他%1frg-Im(|7%Txy[9。

1.He said his hands and legs were in chains.

They were brought to the police station in chains.
他们被戴上手铐，送往警察局k!GHUt9jx%H|d;mZ&。
We hanged Bruce in chains for a show.
我们把布鲁斯置于铁枷之中示众#dvhx&~j8by!|#s。

2.And at the moment, in particular, regarding Syrian refugees, we are receiving quite a lot.

I like one of the magazines in particular.
我特别喜欢其中的一本杂志]qbH^dqs0Oc。
Among all the merchandise, I was interested in the cotton piece in particular.
在所有商品中, 我对棉布特别感兴趣[ej6pFsB5Mu5QveT3B。 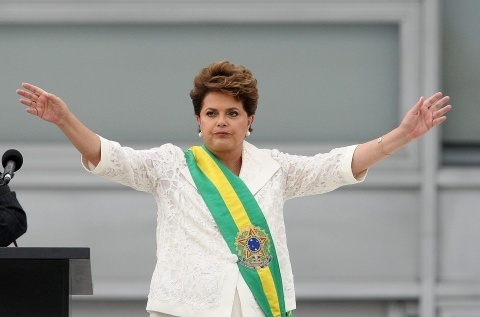