One Hour of Exercise a Day Fights Damage of Sitting
From VOA Learning English, this is the Health & Lifestyle report.
When it comes to your health, It seems that sitting too much may be as bad for you as smoking.
If you sit for many hours a day in a traditional office job, you may be interested in a new study. This study suggests that you should get an hour of "brisk exercise" every day.
Researchers say this brisk exercise can help office workers reduce their risk of an early death. Many office workers spend a large part of their time seated and physically inactive.
A lack of physical activity is linked to some 5.3 million deaths worldwide each year. The researchers say that makes a sedentary lifestyle more deadly than smoking.
The new report said that a sedentary lifestyle can cause many diseases, including heart disease, diabetes and even some cancers. These diseases cost the world economy $67.5 billion every year.
The U.S. Centers for Disease Control and Prevention suggests adults get 150 minutes of moderate aerobic exercise every week. In addition, CDC officials advise adults to get an additional two hours of muscle strengthening per week.
Ulf Ekelund is with the Norwegian School of Sports Sciences and the University of Cambridge. He was the lead writer of the report.
Ekelund says that "For many people who commute to work and have office-based jobs, there is no way to escape sitting for prolonged periods of time."
He says he and the other researchers "cannot stress enough" the importance of getting exercise. Ekelund suggests going for a run in the morning, riding a bicycle to work, or taking a walk in the middle of the work day.
An hour of physical activity is "ideal," he adds. But if this is not possible, he suggests doing at least some exercise each day to reduce the risk of disease and an early death.
For the study, researchers looked at 13 earlier studies on the effect of inactivity. Study subjects were grouped according to the amount of activity they reported. The range of activity reported varied greatly -- from less than 5 minutes a day to up to 75 minutes a day.
The study found that those who sat for eight hours a day, but got the suggested amount of exercise reduced their chances of dying at an early age. These people did better than those who sat less but were not active.
Ekelund says, "There has been a lot of concern about the health risks" linked "with today's more sedentary lifestyles." He says the message from his team is a positive one: it is possible to reduce, or even eliminate, these risks if we are active enough," even without taking up sports or going to the gym."
A report on the study appeared in the publication Lancet.
I'm Anna Matteo.

Drugs drove him remorselessly to an early death.
毒品毫不留情, 过早地夺去了他的生命=78nap0[-E6^RTu!ep。

We need to increase public awareness of the health risks.
我们需要提高大众的健康风险意识aDdAq##=i1.g。

He will be able to take up his normal routine shortly.
他不久就能处理日常事务#mhU*UAq#TQ。

1.When it comes to your health, It seems that sitting too much may be as bad for you as smoking.

When it comes to 说道；提到

When it comes to the crunch they will support us.
到紧要关头他们会支持我们的78PNEhUDYTDuVu1%Z-X&。
He's pretty sharp when it comes to feathering his own nest.
捞起钱来他倒是很精明的2s@s4kf|Dc@gD25h^Zgb。

2.A lack of physical activity is linked to some 5.3 million deaths worldwide each year.

They felt a lack of warmth in his exceeding formal congratulatory speech.
他们感到他那过于刻板的祝词缺乏热情O_^mc=AmoXGWFc+D#VBr。
Hard work can often make up for a lack of intelligence.
勤奋工作往往可以弥补智力的不足1w5VaRwxN2h。 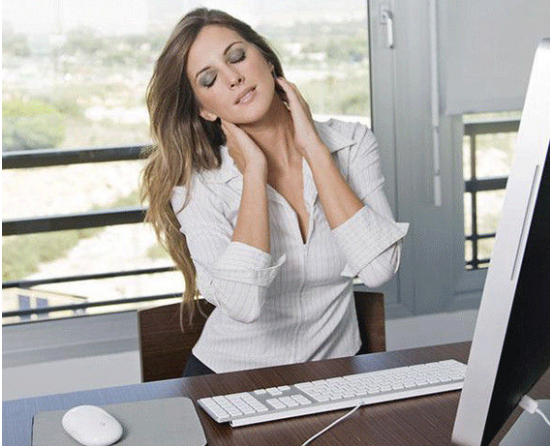