Turkey, Russia Hold Talks, Ease Tensions Over Syria
Russia and Turkey are taking steps to improve ties and work together in Syria after talks between the Russian and Turkish leaders.
Turkish President Recep Tayyip Erdogan met with Russian President Vladimir Putin in Saint Petersburg on Tuesday.
Putin announced that Russia would begin easing sanctions designed to punish Turkey. The move would include restarting work on energy projects, such as work on Turkey's first nuclear power center and a pipeline from southern Russia to the Black Sea.
Russian officials said trade with Turkey could return to normal by the end of the year.
The Hurriyet Daily News reported that the two sides agreed to set up a direct telephone line between their militaries to prevent incidents in Syrian airspace.
Relations strained by downing of Russian bomber
In November, Turkey shot down a Russian jet bomber near its border with Syria. Turkish officials accused the airplane of violating Turkish airspace.
Russia denied the plane had been over Turkey and called the act a planned provocation by supporters of terrorism.
Russian officials answered the Turkish move by ordering economic and diplomatic sanctions on its neighbor. In June, the Turkish president apologized for the incident, and the two sides agreed to hold direct talks.
Russia supports the government of Syrian President Bashar al-Assad, while Turkey has supported groups trying to force him from power.
The two sides have been fighting in Syria for more than five years. The violence has caused more than 2.5 million refugees from Syria to enter Turkey.
Russia increased its involvement in the fighting last year by carrying out bombing raids on Syrian rebel targets.
Cooperation or compromise?
Some observers, however, are questioning how much Turkey and Russia can cooperate. They say the two sides have little common ground in Syria's civil war.
Military expert Alexander Golts says, "I think until now they have no clear decision because it's clear that their interests are colliding in Syria." Golts currently works as a visiting researcher at Uppsula University in Sweden.
However, the talks between the two presidents could be a sign that Recep Tayyip Erdogan wants compromise on the issue of Syria. The meeting also could show Western allies that the Turkish leader has several options available to him.
Ishat Saetov directs the Modern Turkey Studies Center in Moscow. He said Erdogan was surprised by the effect Russian economic actions had on Turkey. The "loss of more than 4 million tourists made quite a blow on the economy," he said.
The coup attempt partly changed relations
Although the two countries disagree about Syria, Russia supported Erdogan after members of Turkey's military attempted to overthrow his government.
The United States and European countries have criticized Turkey's reaction to the failed overthrow attempt. The Turkish government has arrested thousands of people, including many reporters.
Turkey accuses clergyman Fethullah Gulen of plotting the failed coup. Gulen lives in the American state of Pennsylvania. Turkish officials want him extradited to Turkey for trial. The U.S. government has refused to do this without evidence.
Turkey is also in disagreement with Europe over payments for accepting Syrian refugees and other migrants. The government wants the European Union to permit visa-free travel for Turkish citizens.
"Syria is one of the issues that Erdogan may trade upon," said Saetov. He said Erdogan may be willing to negotiate on the issue.
Yet Turkish officials say Assad must leave office eventually and that Russia will not take the place of its western allies.
I'm Mario Ritter.

We work together in harness for the president.
我们都是总统的马前卒sSAE,W|nSkwU#s。

They are planning a new nuclear power plant.
他们正在策划一座新的核电厂A^g8c[8Cnu#8cXO3h|Nh。

They told me Mr.Smith would leave office in one month.
他们告诉我史密斯先后将于一个月以后退休Fl945m4rJB8LsL7jJj。

The enemy was shot down by our anti-aircraft fire.
敌机被我方的高射炮火击落nQxABo(38H4pEbQlm。

1.The Hurriyet Daily News reported that the two sides agreed to set up a direct telephone line between their militaries to prevent incidents in Syrian airspace.

They set up many branches throughout the country.
他们在全国建立好多分公司B_w.~,L9~8%1s9t&。
He set up a new opinion regarding the project.
他对这个规划提出了一条新的意见Ro^OA(&+fNJ8-TmSMj。

2.Russia and Turkey are taking steps to improve ties and work together in Syria after talks between the Russian and Turkish leaders. 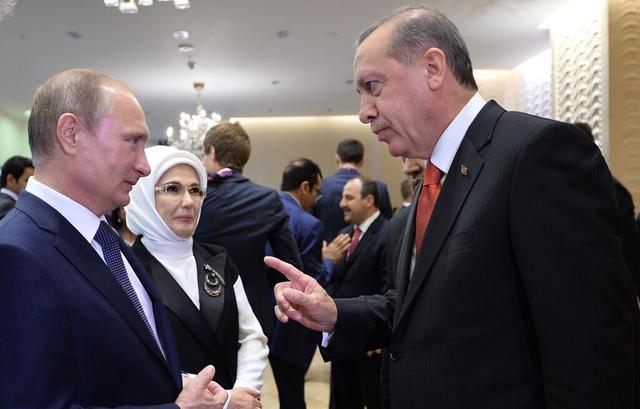