This is What's Trending Today.... Olympic athletes from around the world are in Brazil to compete in the 2016 Olympic Games. The opening ceremony takes place on Friday in Rio de Janeiro. Most of the competitors are staying in the newly opened Olympic Village. Some have criticized living conditions within the village. Members of the Australian Olympic team, for example, decided to find somewhere else to stay until repairs were made in their building. Some athletes had another concern. There were no Pokemon to hunt in the Olympic Village. People could download the game in Brazil, but there were no Pokemon in the village. But that has not stopped one Olympian from trying to hunt Pokemon. Kohei Uchimura is a Japanese gymnast. He is a six-time world champion and the defending Olympic champion in men's gymnastics. His first day of competition at the 2016 Games is on Saturday. He is favored to repeat as the Olympic champion. But, somehow, he has found time -- a lot of time -- to try to play Pokemon Go since arriving in Rio late last month. Uchimura recently received a nearly $5,000 telephone bill, Japan's Kyodo news agency reported. A lot of that money is for international roaming charges. This means his phone service did not include data when traveling in other countries. Thankfully, the AP reported, his phone carrier has agreed to reduce the amount. He will now pay a much-lower fee, of $30, for each day he is in Brazil. Uchimura told Kyodo News that he "really lucked out." One Twitter user said Uchimura "deserves a medal for talking down" his phone bill.

She will now face either defending champion Serena Williams or Belarusian Victoria Azarenka for a place in the final.
在半决赛中，李娜的对手将是卫冕冠军小威廉姆斯和白俄罗斯选手阿扎伦卡之间的胜者ba-|-k.80J~,+oaT~。

Without understanding the meaning of a roaming charge, Mr. Tang deducted that charge and sent a check for $50, his basic service plan cost.
但是他不能理解漫游费的意思，唐先生扣除这一费用，并返回了一个基础服务计划成本为50美元的支票]Nfx71sT,Ns。

Was he born to be successful, or did he just luck out?
他是天生注定成功，还是侥幸成功呢？

1.But that has not stopped one Olympian from trying to hunt Pokemon.

Big business and Wall Street have used their money and political clout to stop government from doing as much as needs to be done.
大财团和华尔街利用自己的金钱和政策的影响力阻止政府尽可能多的做这些@A_8O[VC%oD5i。
Mom wrote and talked about cancer like it was just this thing she was handling, refusing to let it stop her from doing the things that meant the most to her.
不论是写日记还是聊天，我母亲总是把癌症当做一件她需要处理的事情，而不会为此停止去做她自己想做的觉得有意义的事情Z5LA@Wq3P2T@5wQwy。

2.One Twitter user said Uchimura "deserves a medal for talking down" his phone bill.

Don’t talk down to coworkers, including subordinates.
不要用居高临下的口吻和同事说话，包括下属+T^YTbD1..Vi-!s4i^。
He talked down the price by 100 dollars.
他将价格讲下来100美元Ei;S]CYo6ceu;。 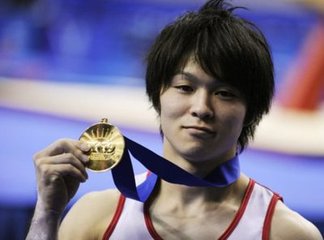