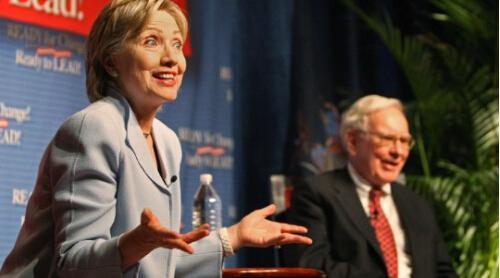 The US health authorities have stepped up warnings about the risks to pregnant women from the Zika virus in a district of Miami in Florida. Experts from the Centers for Disease Control and Prevention, the CDC, are heading to the city to reinforce efforts to control despite of the virus, whcih has been linked to severe birth defects. From Miami, here is Gary O'Donoghue. There are now 14 individuals, two women and twelve men, have contracted the Zika virus in a small one mile square area north of downtown Miami. These people are thought to be the first to acquire the disease transmitted by locally infected mosquitoes. Eight show symptoms, but the others were detected after screening programes by health officials in the city. This increases prompted the center for disease control to alter its advise to pregnant women. Lasr week it said there was no need to avoid travel to the area and now it says the pregnant women should.
The United States says it carried out airstrikes in Lybia targetting the Islamic State group in the city of Sirte. The Pentagon spokesman Peter Cook said the raid would carry out at the request of the country's recently installed Unity Government. At the request of the Libyan Government of National Accord, the United States conducted precision airstrikes against ISIL targets in Sirte Lybia，to support GNA-affiliated forces seeking to defeat ISIL in its primary stronghold in Lybia. GNA-aligned forces have had success in recapturing territory from ISIL and additional U.S. strikes will continue to target ISIL in Sirte in order to enable the GNA to make a decisive, strategic advance. The Lybian Prime Minister said IS militants had sustained heavy losses.
The American billionare businessman Warren Buffet has challenged the Republican presidential candidate Donald Trump to publish his tax returns. Mr.Trump said he can't do so until the financial authorities have completed and audit, but Mr.Buffet said there were no rules against releasing tax returns and allowing people to ask questions about them.
The Bolivian police have seized more than seven tonnes of cocaine which they believe was destined for sale in the United States. Our America's editor Candace Piette reports. The Bolivian Interior Minister Carlos Romero said the drugs were hiden inside a cargo of mineral ore in trucks travelling along a remote mountain pass, leading to Chile's sea ports. He said the haul was destined for the US market, and had an estimated straight value of 400 million dollars. Earlier this year, Bolivian anti-drug police found eight tonnes of cocaine within aother consigment of mineral ore. The country is the world largest producer of coca leaf, used as traditional medicine and tea in the Andes, but also the raw material for cocaine. World news from the BBC.
The authorities in Mexico City say they have arrested a 17 year-old boy on murder charges after the bodies of three men were found. They say the boy's teenage girlfriend told the investigators that he had become angry because one of the victims looked at her, another had openned the curtain while she was changing and another had entered her room.
Germany's Deputy Chancellor has said the Europe must not let itself be blackmailed in talks about visa-free travel for Turkish citizens in the EU. Sigmar Gabriel's comments come a day after Turkey threatened to back out its agreement with the EU to stem the flow of migrants unless visa liberalisation was introduced by October.
A controversial law has come into effect in the US state of Texas allowing some students to carry guns on university campuses. Proponents of the New campus carry law say the presence of more concealed guns on campus could put an end to mass shooting incidents more quickly. But critics argued it creates the atomosphere of fear and could stifle freedom of expression.
The US state of New York is to ban registered sex offenders from playing Pokemon Go, the directive announced by the state governor Andrew Cuomo. It's expected to affect nearly 3000 offenders currently on parole in the state, preventing them from downloading augmented reality games. Katt Winner reports. Since its launch earlier in July, the Pokemon Go up has sent millions of players particularlly children, roaming through citizens parks as they search for virtual Pokemon characters on their mobile phones. But in formal investigation in New York city initiated by local senators showed a disturbing number of matches between locations where players could find the sought-after imaging creatures and the home of known sex offenders. One research described the APP as providing sex offenders with a virtual road map to the city's children. BBC news.

例句：Thanks to a new EU directive, insecticide labelling will be more specific.
根据欧盟的一项新指令，杀虫剂的标签标注将更加明确zonZ[~8CaJ6Y+。

例句：How many tons of ore can this machine crush in an hour?
这机器每小时可以破碎多少吨矿石？

例句：A stronger European Parliament would, they fear, only reinforce the power of the larger countries
他们担心一个更加强大的欧洲议会只会增强大国的力量w%GySEINVEO8Yq4L5xAp。

1.But in formal investigation in New York city initiated by local senators showed a disturbing number of matches between locations where players could find the sought-after imaging creatures and the home of known sex offenders.

例句：An Olympic gold medal is the most sought-after prize in world sport.
在世界体坛上，一枚奥运会金牌是最令人向往的奖项%jtRS1fAFM%FttcCRF。

例句：Campion's become much sought-after since the movie won an oscar.
自从这部电影获得奥斯卡奖之后，坎皮恩变得很受欢迎了iLyk=3SJR0)n+8!vfT#。

2.The Bolivian police have seized more than seven tonnes of cocaine which they believe was destined for sale in the United States.

例句：He was destined for a career in the Bank of England.
他注定要在英格兰银行开始职业生涯mDhIE)NXdIm5XxO。

例句：Everyone knew that Muriel was destined for great things.
所有人都知道缪里尔命中注定要成就一番伟业f73fCrlL2d]=oz(l#。